Welcome to the town of Refrain, starting by a spoken dialogue  which shows you that Labyrinth of Refrain is a story driven adventure and that your main Character Dronya which is a beautiful lady with special powers or magic actually is a bit crazy and you are going to love it.

It all starts in “The Caravan” which is your base of operation in Labyrinth of Refrain: Coven of Dusk, this where you will be saving the game and advancing the story line by choosing a “report” which you will investigate in the city of Refrain, you will get more facilities in the Caravan the more you advance the story.

After around 10 minutes of story you are basically thrown into a Labyrinth controlling 5 “puppet soldiers” from a first person view,  you will be opening gates and moving into the Labyrinth  until you reach your first event where your a fight will occur, this is basically your first battle, you are guided through the battle and you will need to command your soldiers to get your first victory. After giving out an “Attack” command and ending your turn you will see all your chosen actions taking place. 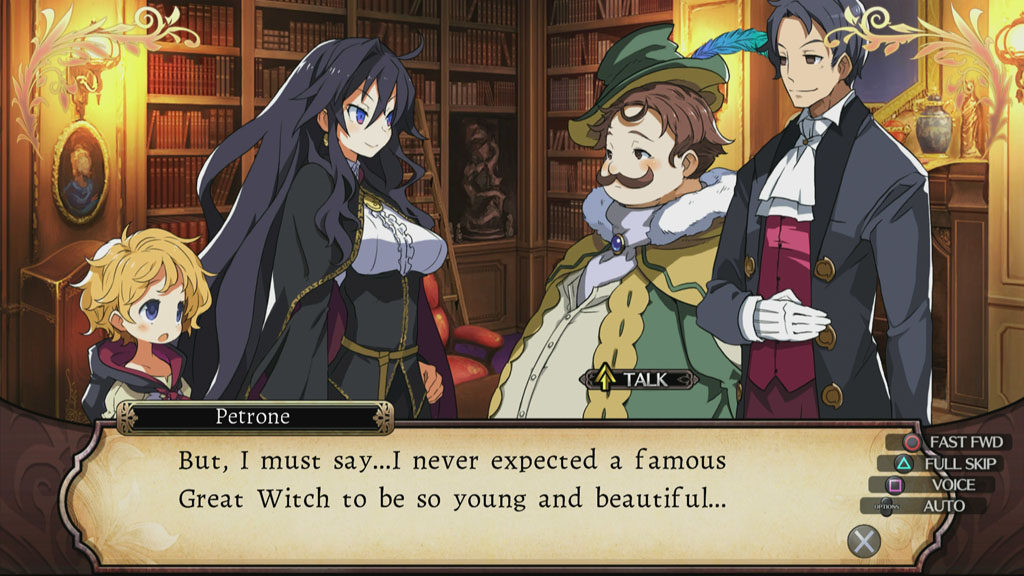 The game lets you fight a huge monster right after your first battle, this is where you will earn some XP and advance the story and actually start the game after another story line introduction. 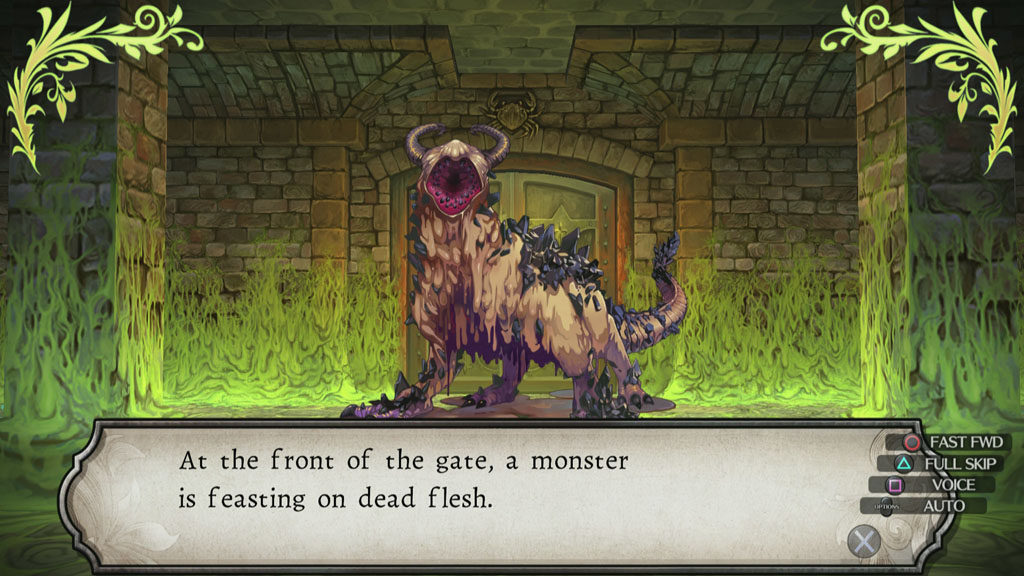 Labyrinth of Refrain: Coven of Dusk has a unique game-play style based on JRPG decision making games, you control and command your units and based on your knowledge of the enemy, you might win or loose the battle. After each battle you will be taken back to the first person view, letting you travel labyrinths and advancing the story line. I have had a lot of experience with this style of game play on other games and I really believe that Labyrinth of Refrain: Coven of Dusk has successfully integrated it into it’s system.

The addition of Witch themed music and sound effects with a lot of voice acting also make this game what it is, I really appreciate the investment the developers have made to get the game at this level as it helps me believe that this is what had me hooked to the game’s story.

Overall Labyrinth of Refrain: Coven of Dusk is a great RPG game and one of the most unique titles released recently on the Nintendo Switch console, you should defiantly give it a try if you are looking for a good JRPG style decision making game to dive into.

Labyrinth of Refrain: Coven of Dusk is available on Nintendo Switch, PC and Playstation 4  and even Playstation Vita for 49.99$ US.