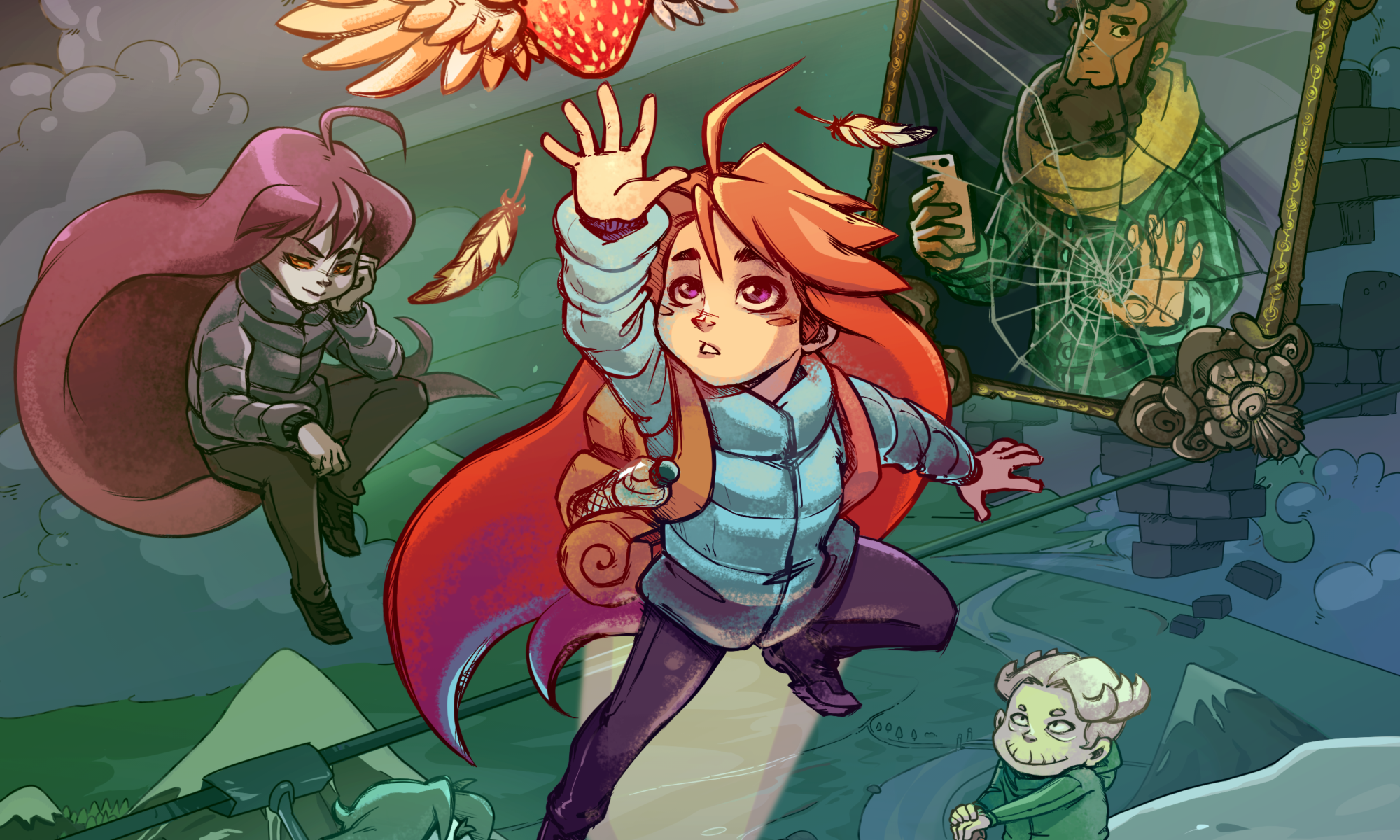 Last year Limited Run Games, a company that releases exclusive physical versions of digital video games, in limited quantities, announced the physical release of Celeste. After almost a year of waiting, I finally got it, and now I can share the unboxing with you.

Celeste is one of those indy titles that took the gaming industry by surprise when it released back in 2018. With the praise of many players who played it around the world, a physical release was only a matter of time. To those who are unfamiliar with the game, Celeste is a difficult 2d platformer about Madeline, a woman who went on a journey to climb up the Celeste mountain. As you progress through the adventure, Madeline must face her fears many times in order to climb the mountain. With some of the best characters, music, and story I’ve ever seen, Celeste is a game that anyone can fall in love with it.

As you can see the Collector’s edition is packed with a lot of gems, I mean strawberries. The game case has a beautiful art style, with a full-color manual inside it. You also get the traditional trading card from Limited Run when you purchase their games, a digital code for downloading the soundtrack and the soundtrack on a playable cassette! I ordered a walkman just to play it and feel in the 90s again. I want to try a bake the strawberry pie with the recipe they made for the collector’s edition, and take some photos of it for the community.

The poster, the print, the stickers, and the postcard are all looking gorgeous. The plushie will fly away if I open the box so I keep it in it 😊 . The Celeste patch is already on my backpack, right in the middle.
And of course, how could I forget about the Steel case and the thank you note? The steel case has two sides, with Madeline on one side and Badeline in the other. The shattered glass on the side of Badeline feels close to the real thing. The creators also included a thank you and apology note with the game because of the delays the physical version has gone through.
The fact that they send a thank you note and an apology letter really shows how much the creators care about the players, which makes me appreciate them even more.

Check the trailer and my unboxing video below!