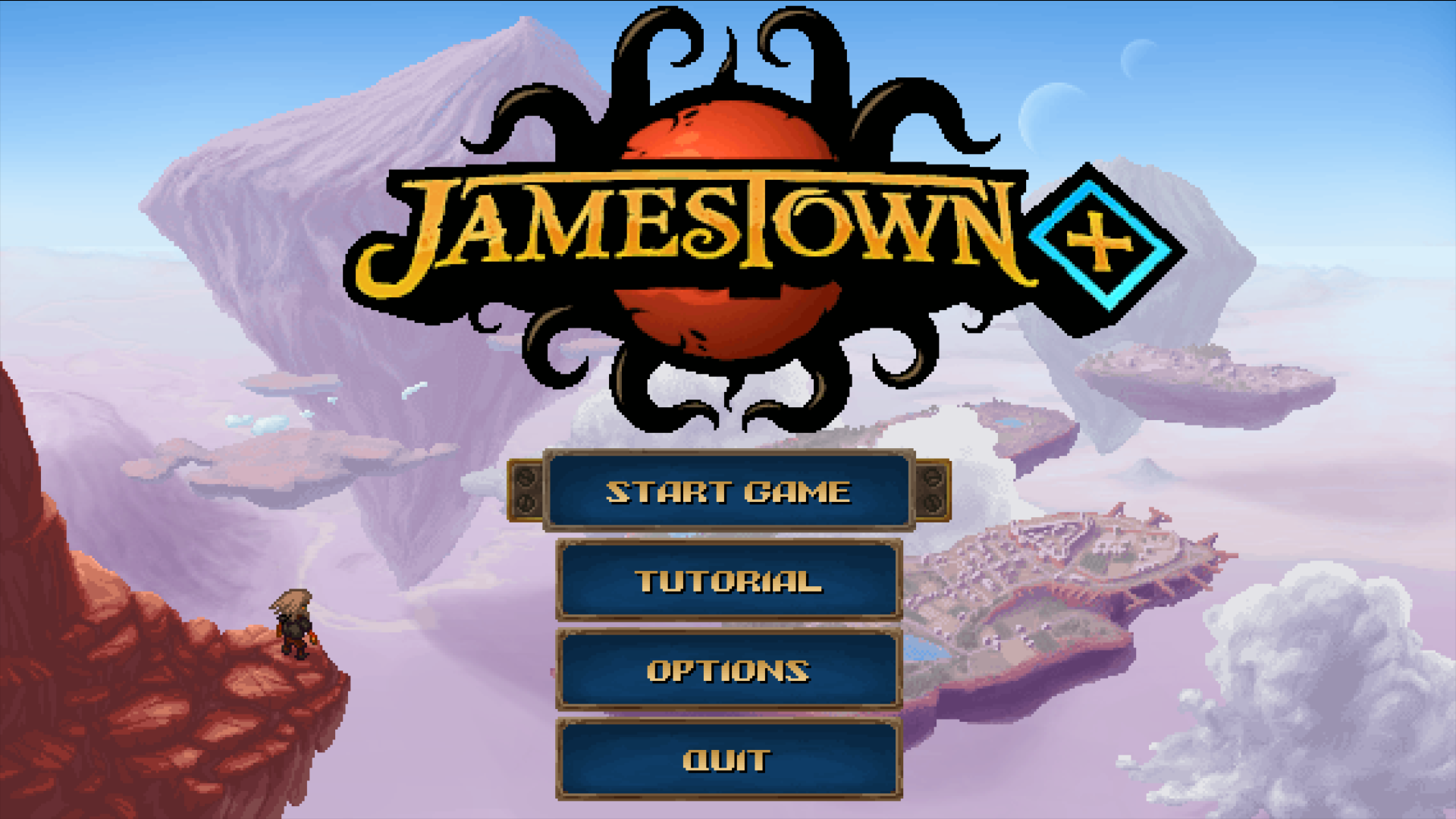 Jamestown+ is a co-op friendly shoot ’em up for all gamers and casual players alike. Sir Walter Raleigh, a disgraced knight, finds himself against the Mars warriors and the Spanish Conquistador. Do you have what it takes to save the last British colony on Mars and win the war for the New World?

Jamestown+ first came in 2011 as Jamestown: Legend of the Lost Colony. It is a classic shoot ’em up game set in the 17th century on Mars. You play as Sir Walter Raleigh, who faces against the Spanish forces, trying to protect the last British colony on Mars – Jamestown, and atone for his crimes. But fear not, you are not alone against the enemy.

The main game consists of 5 levels and 2 bonus levels that were released in the new version. Each level lets you choose between different difficulties according to your liking. Each level ends with a boss battle with a massive hp bar, changing his attack pattern according to his remaining hp. You get a score according to how many ships you destroyed, how much gold you collect and how much score multiplier you got. The scores are saved on an online leaderboard which you can improve if you play constantly. And what better way to improve your scores by choosing or creating a unique ship? You can choose between over 20 different ships and weapon configuration, which I will write about later in the review.

You start your adventure with one standard ship. Each ship has a unique attack pattern and special ability. When you collect the gold that the enemies drop, you can create a temporary shield around your ship to avoid taking damage. The first ship you play has a straight beam that does quite a lot of damage to the enemy, and I found myself using this ship for the majority of my playthrough. Every time you finish a level or lose it, you get credits for buying new ships. The ships are classified for 3 categories, Classic, Armada and Treason. Each category contains 4 different ships, the Armada and Treason have one room for a random ship. You can change the bullet pattern and special attack in the Treason class ship to create over 20 different types of ships to your liking. Changing your weapons and ships over and over gives you each time a fresh and new experience to play with your friends or alone.

Jamestown+ main highlight is the 4 co-op players. At any time you can gather your friends and play the game. Each time someone dies he can be revived by another player who gets the enemy’s drop. You can play with any type of controller you can think of: keyboards, controllers, mouses, DDR mats, Rock Band guitars and more (which I don’t have, unfortunately). With friends, playing on a higher difficulty is much more enjoyable, and funny as well.

Jamestown+ pixel art graphics and music are well made. From the enemies, the background to the bullets everything looks like an old school shooter with HD. I didn’t find any issues playing the game on my PC even with everything running on the screen shooting, blowing and moving all over the place. The music had some fine moments, especially the last level, with implication to the church choir.

Jamestown+ comes with challenge missions and Gauntlet Mode as well for replayability. Some of the challenge missions are hard, like surviving for one minute without dying. Some are much easier, like pass through every ring in the stage. The challenges are a great addition to the game but once you complete them, there is no reason to try them again (unless you try to finish them with 2-4 players). The Gauntlet Mode lets you play all the levels back-to-back with a limited amount of credits. This mode is recommended for those who want to play with friends and are looking for a challenge.

Overall, Jamestown+ is a fantastic shoot ’em up game for beginners and veteran players alike. The adjustable difficulties, the variety of ships and weapons to choose from are enough reasons for playing it again and again. The only problem I found is that you can’t change the button layout if you chose to play with the mouse, but that didn’t stop me from plugging my Nintendo Switch Pro Controller and play it.