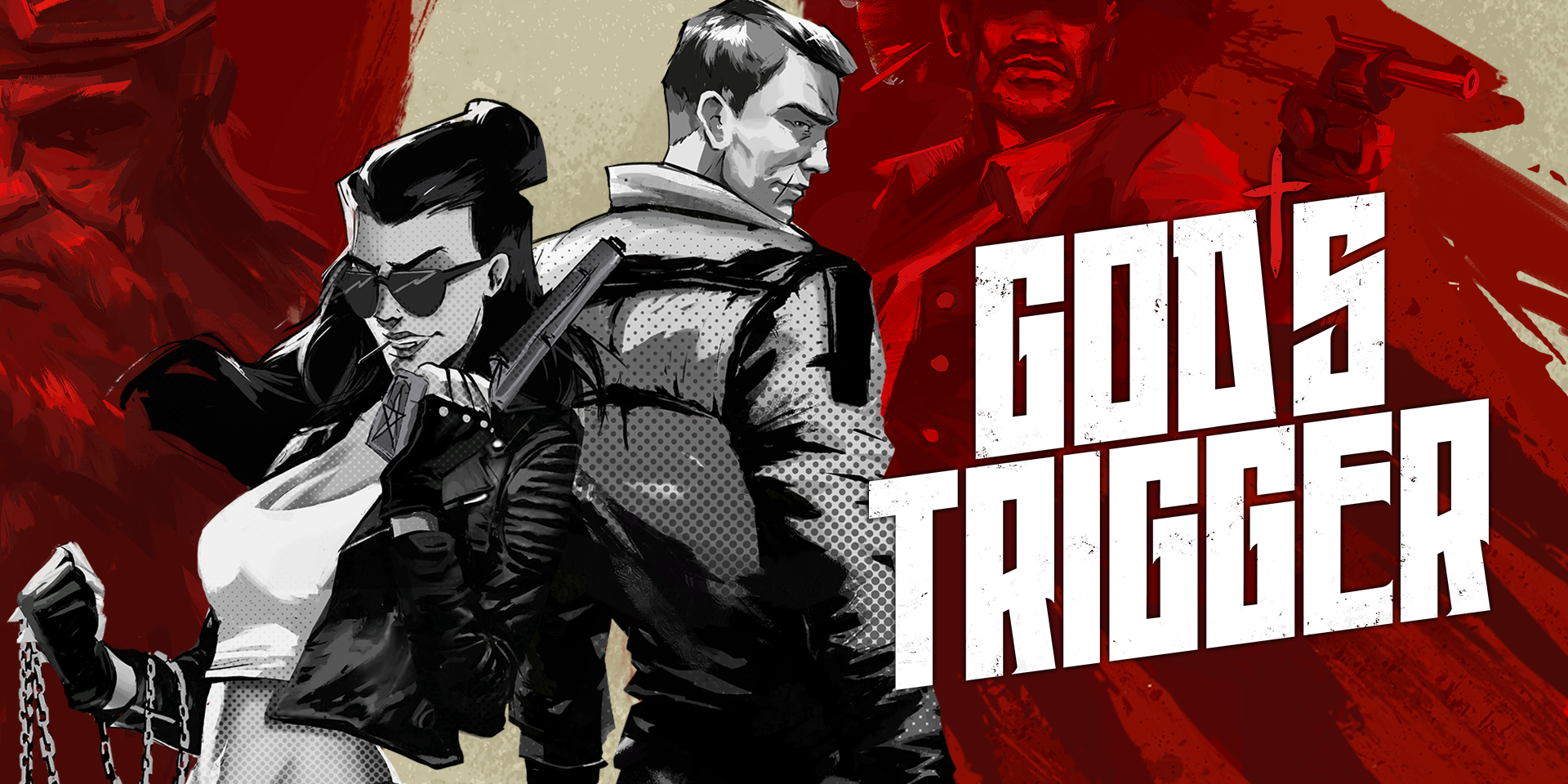 God’s Trigger is a top-down single-player or local co-op shooter, set in a fiction world in modern days.

The gameplay and feeling at first glance really gave me the Hotline Miami vibes (which I adore) so I had to give that one a go-to, and gladly it was worth it.

You play as Harry, a fallen angel with an angelic sword, and Judy, a rebel demon with a fire whip, as you go through close quarters levels on your way to defeat the Four Horsemen of the Apocalypse. Like similar games on this genre, you can pick up defeated enemies weapons such as pistols, machine guns and more to your disposal. You can switch between both characters at any given time during a level.

The difference in this game comes in play while using Harry and Judy’s Special angelic powers (Such as slow time), and Demonic powers (such as making enemies your temporary allies). Each character has it’s unique skill tree and upgrades which differ them from each other so players must choose the correct and most efficient moments to switch between the characters.

The Story itself, which talks mainly about preventing the Apocalypse by defeating all Four Horsemen, didn’t capture me as the act of saving the world was presented as not that important as one might think but the smart and funny writings of the characters made me want to hear and learn more about them. The interactions between them as they responded to each other during stages and during the storytelling were really the gem I was looking for.

Well, the graphics itself won’t knock you off your chair but the stability, which really lacks in games lately, is in place and keeps the game running smoothly at 70+ FPS with my GTX 660 and i5-3370. Worth mentioning that the game can run at above 120 FPS with a beefier system.

Calculating all the factors, including pricing and performance on low-end PCs, I can say comfortably that if you searched for Fun writing and charismatic characters, quick and engaging gameplay with a good-around storyline – This game is totally DEAL, You should definitely get the game and start having fun!

Quick Note: I recommend playing with a controller but Keyboard and mouse work great and responsive!