Vertical Drop Heroes HD is a re-release of a remaster we got for the PC in 2014 to a popular flash game that surfed around the internet way back in 2010, we got our hands on this challenging rogue-like title and our hairs were ripped from our heads due to game-play rage, but we had damn good time. 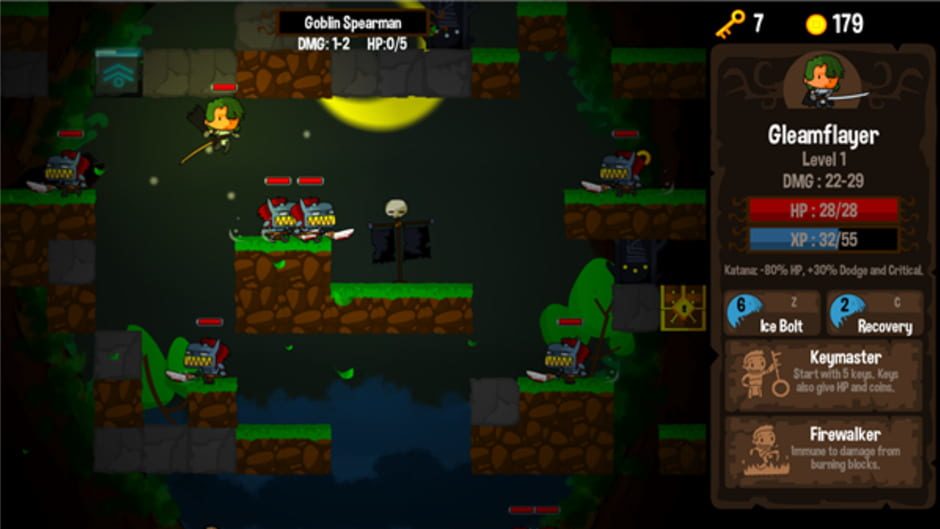 This game is annoying, there I said it, the most important aspect in a rogue-like, which is the battle system is severely lacking despite being a fairly simple one.

Vertical Drop Heroes HD has incorporated a fighting system basing itself more on proximity rather than on skill and accuracy which you might like or dislike, this means that you can attack basically by approaching the monsters on the 2D map. One thing I found out is that as the monsters get grace and invulnerability for one second after being hit by the hero it does make your attack combos pretty pointless as your enemy is still invulnerable. 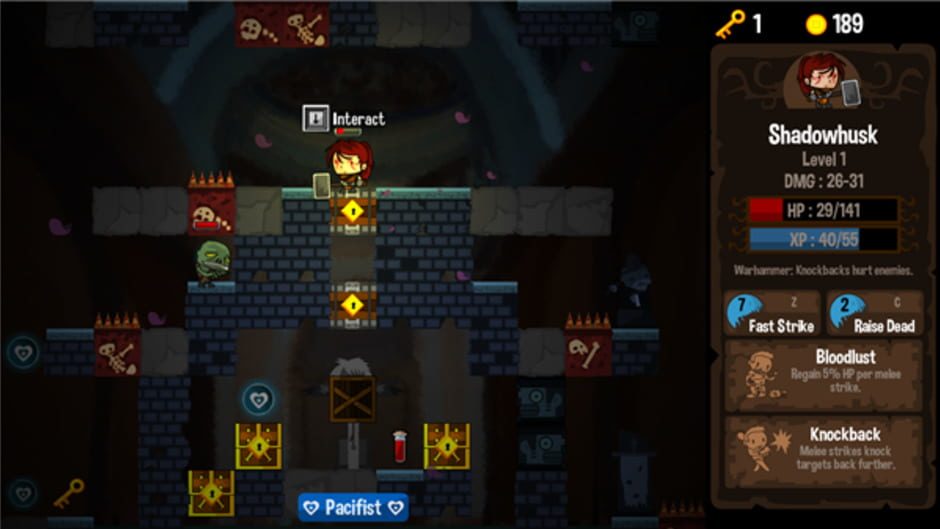 Regarding the core of rogue-like games, the development that grants you long-term power even after death, it is very simple here but feels rewarding each time you descend to the lower levels of the dungeons and you actually feel more powerful and able to overcome bigger obstacles, this was the main reason I kept on playing Vertical Drop Heroes HD.

A cute addition to the game is the pacifist run at the start of each level, orbs that show up across the level grant you experience and money, with the money being the more important resource, the orbs do disappear the first time you kill a monster in each level and they impose more of a platforming challenge which is pretty fun to plan your route across the level and avoid killing the monsters. 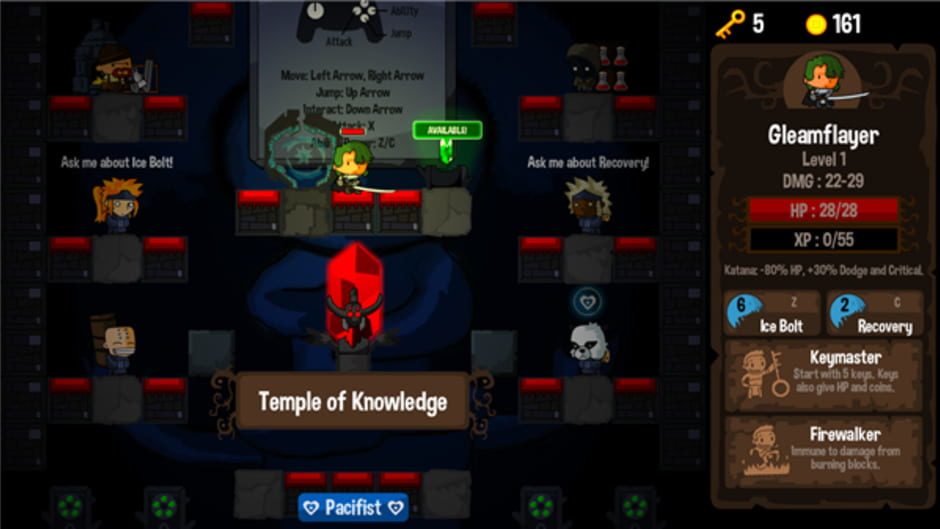 Due to the battle system feeling not quite there yet in terms of reaching the monsters the skill cap in the game is pretty high, and the game is easy to pick up, but hard to master.

Another thing that bugged me quite a lot was the lack of logic in the game, specifically the elements and their interaction with each other, as I found myself burning alive on fiery platforms, although I’m inside some sort of lake.

In my opinion, Vertical Drop Heroes is a fun little game if you need a quick rogue-like fix and its 9.99 comfortable entry point, for me, totally makes it a…

Vertical Drop Heroes HD is available on the PlayStation 4, Xbox One, Nintendo Switch and the PC.