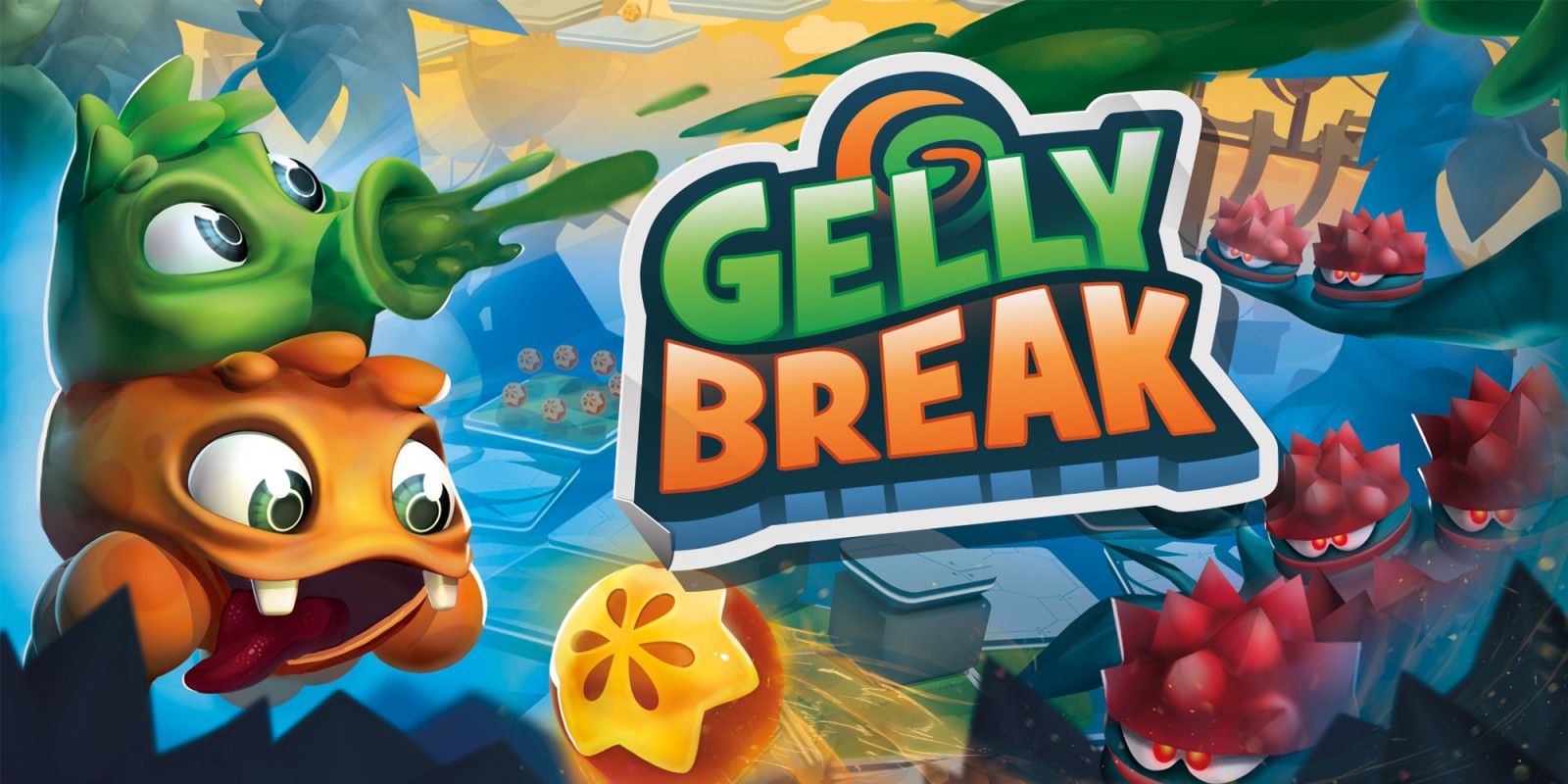 What happens when you take Splatoon and make it a Jump & Run platformer? you get a really fun, satisfying to play, couch-play shoot’em’up that does not fail to challenge

The game first puts you like this green little blob that spews and offers you a unique basic mechanic that you can switch between two colors in order to land on a platform or go on jump pads of the same color. The mechanic sounds simple right? well, the game gradually gets harder.

as you progress through each level, the game throws at you enemies, which are not that hard at the start, but with different color platforms starting to move and fall, it’s starting to get intense, but not too much, right in that sweet spot.

A lot of different enemies come in many different shapes and forms, from a simple red spiny look-alike enemy that’ll only need a few spews from your mouth (which it’s direction is controlled by the right analog stick) to illuminating pink blobs that shoot you while moving in patterns.

To spice up stuff, there’s a cool little original twist where the enemies also have altered variants, there’s a black and white version that, when hit, the enemy turns into a fragile, glassy version and can only be destroyed by changing color next to them and smashing them apart. When added the need to leap between moving platforms that fall, float and disappearing when landing (and that’s even if you’re the right color) and you starting to realize there’s plenty to of aspect in the game to keep you occupied.

At each level awaits a respective boss fight at the end of the level, and every boss has a unique arena that gets transformed and harder with each phase.

The (good) surprise this game has is that it is especially challenging in contrast to the lighthearted cute art style it has and it is fun at the same time, which other games of the same genre fail to be challenging not too much which stands out from the couch-play genre.

Not feeling like it’s giving you a challenge? Rather than changing the difficulty in other games, you can access to a tougher level by collecting three blobby creatures (I’m not exaggerating, the cute art-style of the game is full of blobby creatures) that are in glass containers. Pass the level with all three containers and you’ll get to try a level that’s going to test your couch-play gaming skills to the limit. For instance, one hard-mode style level requires you to progress through areas where every few seconds a bolt of lightning strike down from the sky. There are safe-spots around the level to protect you, but reaching them in time adds in another aspect in the game to consider while tackling all of the above.

Gelly Break is available on the Nintendo Switch for 19.99$.