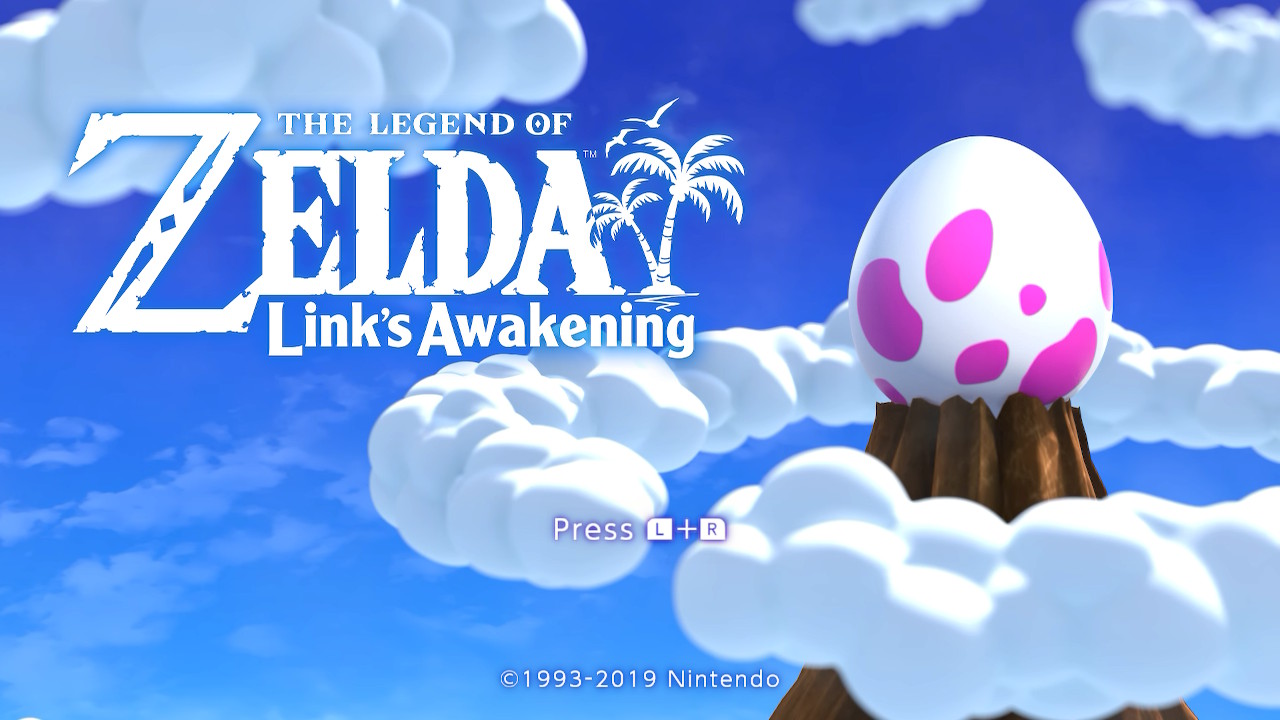 The Legend of Zelda Link’s Awakening was released 26 years ago for the original Gameboy. Now it’s time for a new generation to experience one of the beloved games in the franchise with updated graphics, improved mechanics and a beautiful world to explore. Are you ready to wake up the Wind Fish?

Link’s Awakening (LA from now on) is the first Zelda game that was released on a handheld console. The decision of remaking the game after 26 years was one of the best choices Nintendo did. In this review, I will write what made the remake so great over the original game and what needed a little more touch.

After Link’s boat got hit by lightning he wakes up in the house of Marin and her father Tarin. Marin explains to Link that he is now stuck on Koholint Island, far away from Hyrule. To escape the Island Link must find 8 musical instruments in order to play them and wake up the Wind Fish from his slumber. As you get closer to the ending you start to realize what are the consequences of your actions.

LA is a traditional top-down Zelda game. You start with your sword and shield but obtain other items in order to continue further on the map. The map is relatively small to other games in the series but it takes time to explore it all, learn the layout and how can you cross the river or jump over a series of holes. The button layout in the Switch version is much better than in the original Gameboy when you only had two buttons to set your items and had to change them all the time. With the Switch controller, you have more buttons, meaning some of your items are permanently set to a specific button like the sword and shield. When you reach certain points in the story a cutscene will take place and an owl will fly over your head and guide you to your next location. There are eight main dungeons in the game and each dungeon gives you another tool to continue your exploration. The bosses and mini-bosses at each dungeon require you to think about how to beat them with the tools you have.

LA brings unique visuals and art style to the game. The whole island looks like a diorama-world with every house, character or tree filled with color and aesthetics. The characters have the look of chibi-style and clay-like figures mixed making them look adorable whether they are the monsters or the residents of the island. Marin and Link have one of the best interactions I have seen in video games, thanks to the art style Nintendo decided to work with.

Like every Zelda game, the soundtrack is great. Some tracks are taken on some form from the Super Mario series as the game combining characters from Super Mario into the story like the Chain Chomp or the Goombas. The orchestra did a great job giving the 26 years game a new depth in terms of music. But the most memorable sound from LA is Marin singing The Ballad of The Wind Fish. Days after finishing the first run I still humming the song from time to time.

LA has a bunch of minigames that can lengthen the hours of gameplay. A first minigame is a claw machine, you can get a bunch of prices like pieces of hearts, ammo for weapons, monster figures taken from Super Mario to place inside the houses of Mabe Village and more. It’s a great way to earn some ruppies at the beginning of the game and I found the claw physics interesting and fun. The Second minigame is fishing, Link can get pieces of hearts and other things as well. the fishing is good for a few rounds but you get bored after a while. The third minigame is the Rapids Ride. You rent a raft and go for a ride down the river, gathering ruppies, bombs, arrows, and some collectibles as well. You need to memorize the path and use the Grappling Hook if you want to get 100% in the game.

Lastly, LA features a Dungeon Builder. The Dungeon Builder has a preset of 20+ for you to complete and conquer and some of the rewards are necessary for the 100% game. You can get new rooms for placing in the Dungeon Builder by completing tasks, buy from the shop and more. You can’t create new rooms and all the rooms are taken from the main dungeons making this level creator a bit disappointing for fans and repetitive. Also, You can’t share your dungeons online, only by placing them inside one of your Amiibo and physically share it with a nearby friend.

The Legend of Zelda Link’s Awakening is one of the best games I played on the Nintendo Switch. The story that was unique for the time is even better experiencing it 26 years later with better mechanics and graphics. Some puzzles required to look for a guide on the internet but didn’t affect the enjoyment of the game. If you don’t care about the 60$ price tag and love or want to try a traditional Zelda game I recommend you to buy it.

The Legend of Zelda Link’s Awakening is available for the Nintendo Switch for 60$.