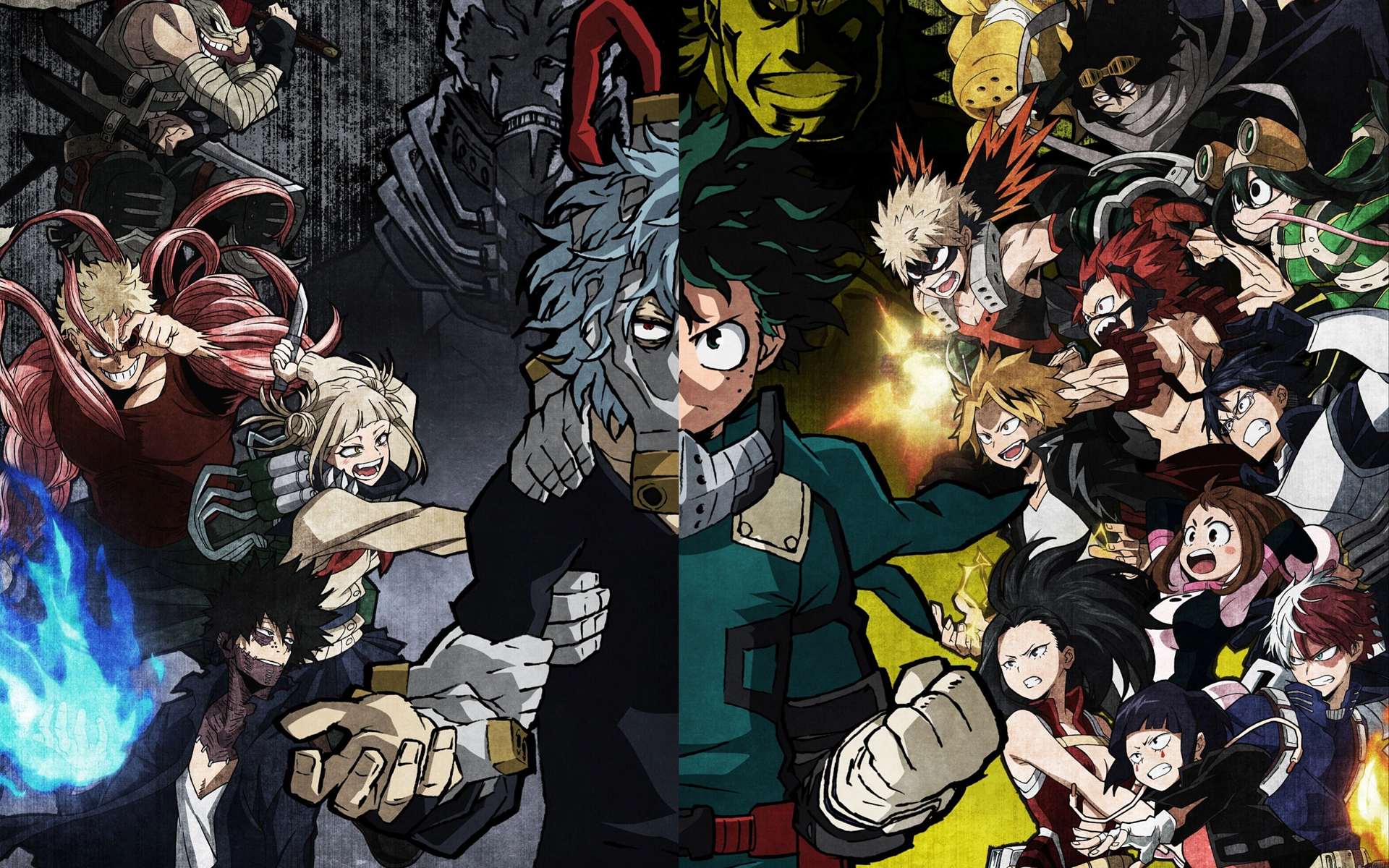 The hit anime is getting a video game that will try to take the place Naruto: Ultimate Ninja Storm left, so how did it fare with our expectations?was it a flop? or Plus Ultra? Let’s find out

For those who aren’t familiar with My Hero Academia, it is a manga that was quickly adapted to an anime and is considered the parallel to the 2nd coming of Jesus in the shonen world and it tells a story about a world where people are born with quirks, which are special powers, instead of shaming and fearing these people, the government has special schools where students that show superhero potential enroll to hone their skills.

The comparison of this game to the Naruto: Ultimate Ninja Storm is unavoidable, due to this game and anime being a spiritual successor to the Naruto franchise.

The game stays loyal to the anime by being wholly in Japanese and by doing so the game immerses you in its anime world where you meet all the favorites from the show, the roster of heroes to play with isn’t large, and I felt the roster is a hit and miss, but upcoming DLC’s can increase the number of heroes available(for pre-orders you get Endeavor and shoot-style Myidoria)

In the game’s story mode, you jump in straight to the stain hero killer arc and by doing so the game misses out on a lot of moments up to that point that builds the characters for us the viewers, though there is a short summary of the events that transpired before the stain arc, it didn’t feel enough to put us in the know of the world.

The mission mode is a place where you choose three heroes that you will level up each fight and earn in-game currency and items for customization of your characters, for me this game mode was the place to earn enough money to buy that Mineta helmet.

As this review is done on the switch it’s important to take note of the capabilities of the system compared to the big consoles and the master race daddy, the pc, at times I’ve been hitting 15 frames per second in docked mode with the switch, and in handheld it felt much better due to the lower resolution, which is why most of my playtime was in handheld mode.

The core of the game, its fighting system, has left me quite split in my opinion about it, on one hand, the representation of the heroes and villains of the show is close to perfect, their quirks are translated to their abilities in the game correctly and how I imagined it would be to fight with every one of them, but on the other hand, the fighting can feel sluggish at times, besides guarding and recovering from a combo in the air instead of falling there aren’t a lot of ways to come back in the middle of a fight, the game lack some mechanics that could push into Ultimate Ninja Storm(Naruto)quality.

Similarly to the Naruto: Ultimate Ninja Storm, in addition to the character you choose to fight with, you can pick two allies that will aid him in the fight, and this can create some lethal combos and funny trio’s lore wise by combining heroes and villains together.

The true gem of the fairly simple fighting system is the Plus Ultra moves that can be executed when you have accumulated enough energy bars, there are three variations to the Plus Ultra moves, the first is a stronger variation of your basic moves, for example, Midoriya can execute a simple Delaware Smash, but using one energy bar will see him execute a much stronger version after a short scene.

The second Plus Ultra move you can pull off is mostly a melee move that if connected goes through a very exciting scene where our hero will beat the quirk out his opponent, this 2nd variation of the Plus Ultra move is by far the most exciting and impressive move of the game, the third Plus ultra move that can be executed is basically you and the two allies you chose to play with executing each one’s first Plus Ultra move, it is very strong but doesn’t have that WOW effect I would expect from a move that requires three energy bars.

Fans of arena fighters that were left devastated by the departure of the Ultimate Ninja Storm coming to an end, will find temporary solace in My Hero Academia: One’s justice, fans of the anime and manga will especially enjoy smashing, and the switch version makes it so easy to pick up and duke it out with a friend on the go.

It’s fine now, why? Because we have a My Hero Academia game that is good enough to be a DEAL

My Hero Academia is available on the Nintendo Switch, Playstation 4, Xbox One and PC.

Awesome review! I really like your humour as a writer, so please write more!

Looks neat, I really like the anime, so probably should give it a go.