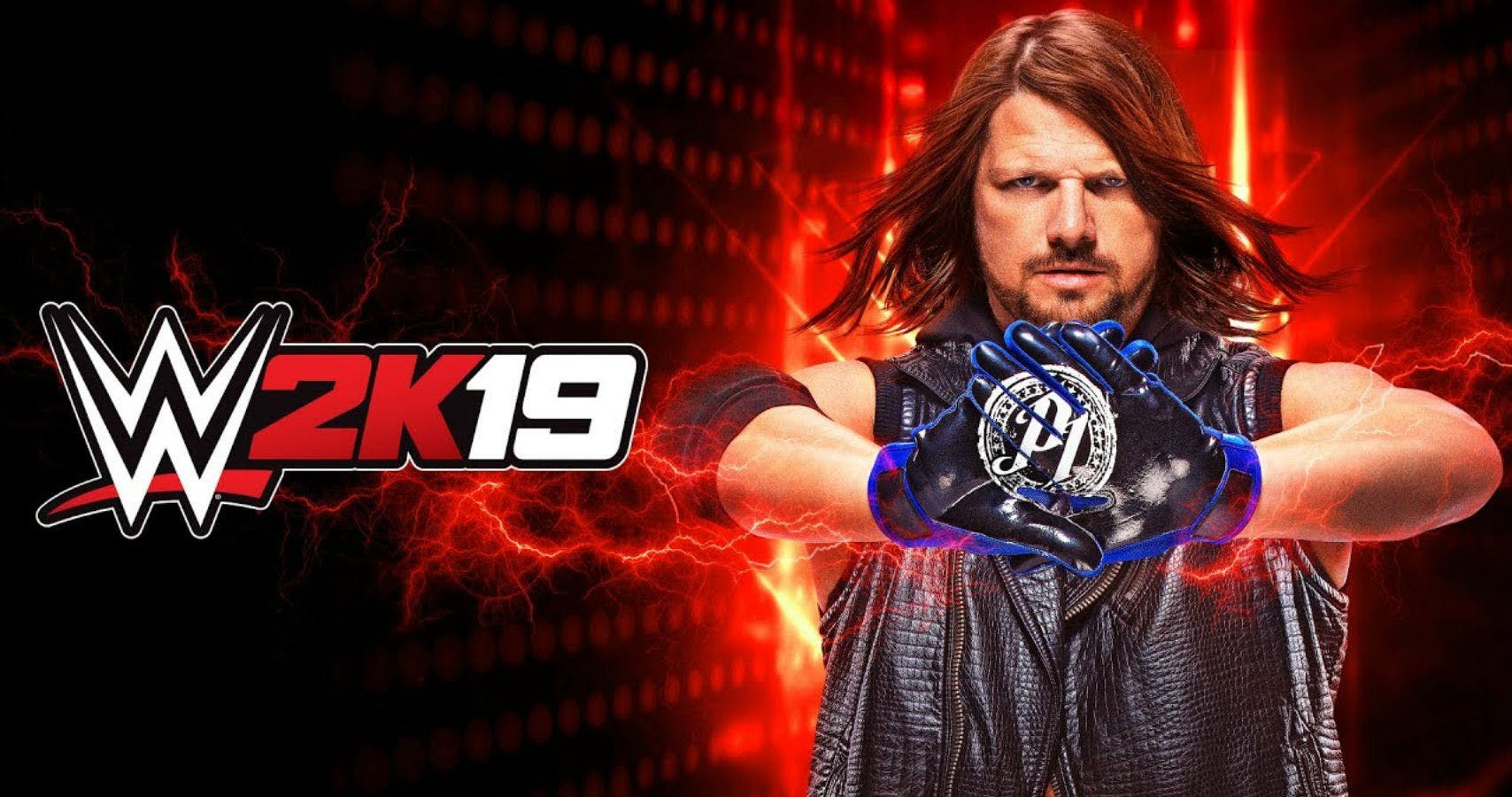 So it’s that time of year again to step into the squared circle, with an updated roster, graphics, and music. So is it a body slam, or a botch?
Let’s find out

First off, I am an avid wrestling fan, and as such, these games are near and dear to me. Everything in it from start to finish has to be spot on, which was not the case in last year’s game. With that being said, we dive into WWE2K19. 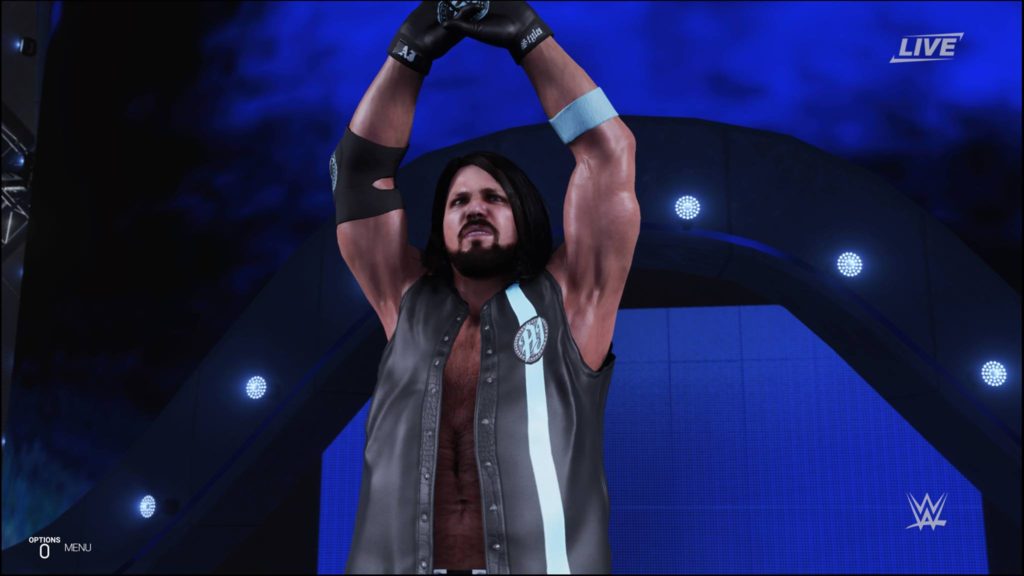 It’s always a tough job keeping everything accurate and up to date with WWE, since the wrestlers always change gimmicks, stables, and turning heel(bad guy) to face(good guy) and back again, but 2K and Yukes manage to get most of the wrestlers updated with championship belts, stables, factions and all, complete with entrance themes, crowd reaction and more. although some wrestlers end up out of the game, (mostly due to injuries and contracts) this year sees the most comprehensive roster to date, with over a 100 wrestlers, all scanned to look like the wrestlers down to the boots they wear! 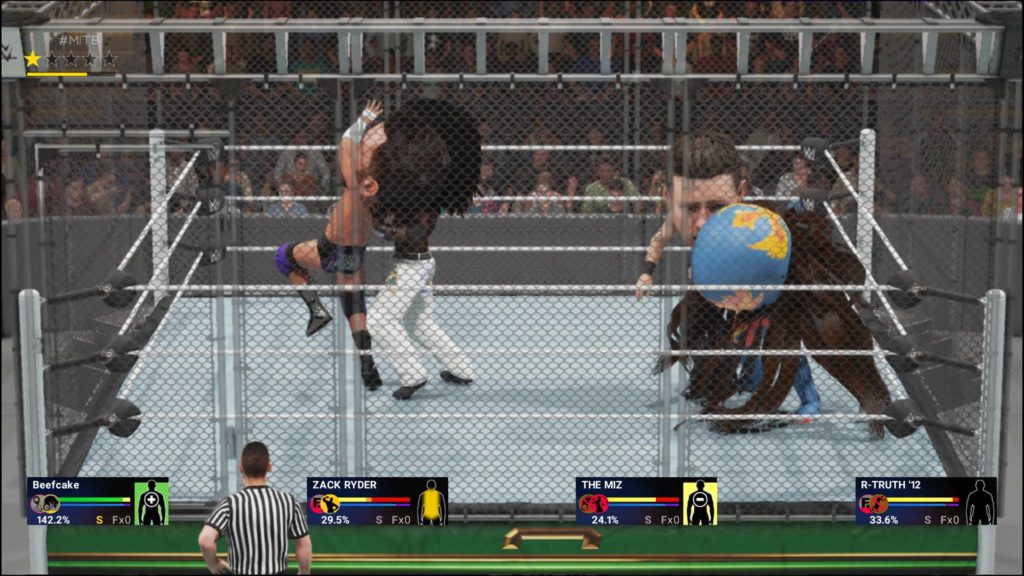 Let’s talk about game modes. Do you want modes? WWE2K19’s got you covered.

1 on 1, 2 on 2, 3 on 3, 4 on 4 and just about everything in between, down to random fun features like BIG heads as shown in the picture… which while does not add to the match, it’s fun, which is what this game is all about, and boy does it deliver or what? for the first time as a veteran of the series, I feel like developers started listening to the fans, putting the emphasis on the fun factor of the game, over the slow burn simulation of a wrestling match. The matches themselves are faster in pace, and the build-up is right on point, keeping the match fresh and once again, fun! which was missing from previous titles. Granted, while the gameplay is still buggy, it’s fun, and that’s why we’re here for.., and there’s plenty of options to tinker with to have fun. 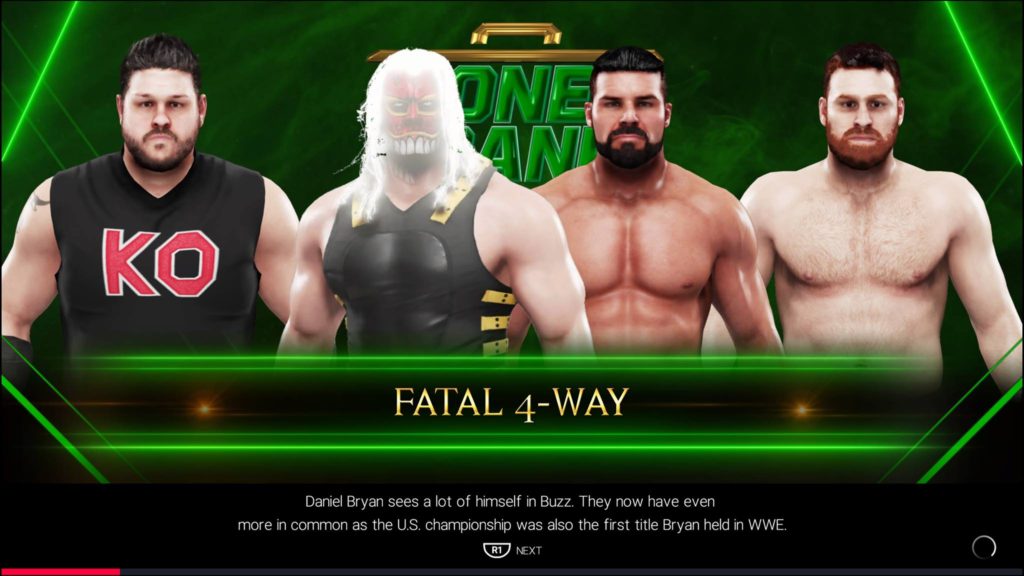 The returning MyCareer is your story as a wrestler. For the first time, Mycareer is fully voiced, starting you out in an amateur wrestling league called BCW, (that’s me in the picture, with the glowing hair, yes it’s a thing now…). You start to go up the ranks of the organization to the top of the ranks, and just like on tv, with all the superstars gunning for you as you progress the story. With every match you level up, using a skill tree (in a very RPG like style) to choose which skill you want to upgrade (only downside is as always, loot boxes, TONS of loot boxes) and even tho you can buy them with in-game currencies and most of the things you buy are not that expensive, you can make do without, just know that your wrestler will be as basic as it gets, and even so, still lots of fun to be had here, for the duration of the career campaign. 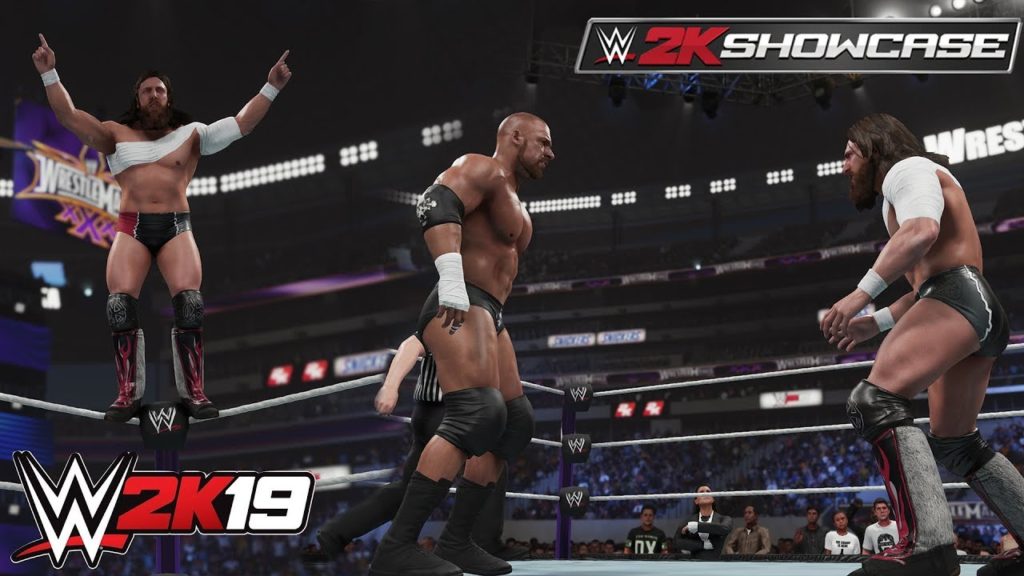 A much-requested feature is making a comeback to WWE2K19, is 2K showcase, following the ups and downs of the storied career of Daniel Bryan, as told by Daniel himself, All the marquee matches in Daniel’s career are here, with objectives to follow, to recreate the match as it took place on TV 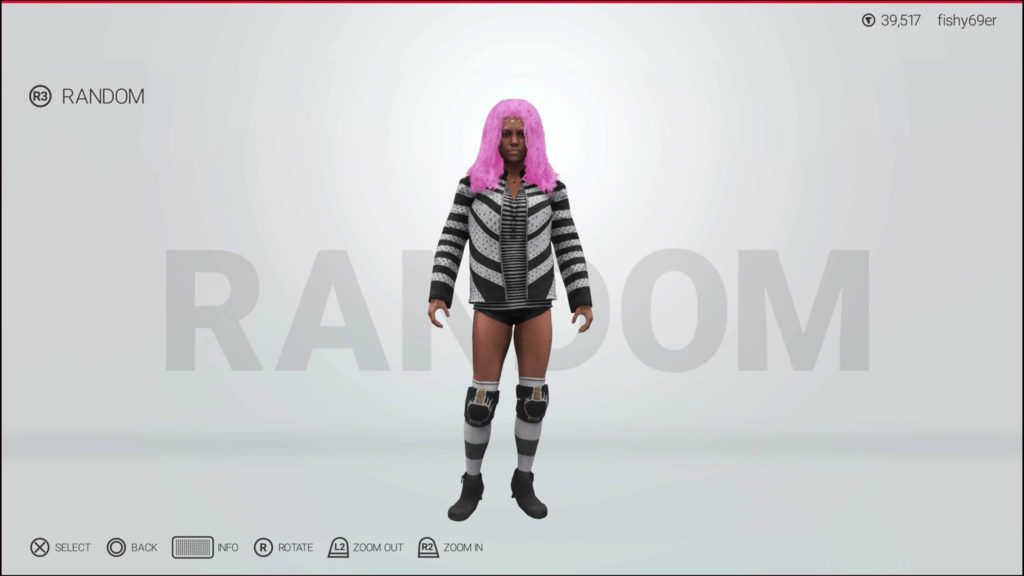 The Create a wrestler has always been one of the best features of the series. I can tell you I spent hours in the C.A.W section of the game, and this year with the addition of the randomize option, the sky is the limit. Once again the emphasis is fun, a real treat for people like me who like to customize and tweak every possible thing in the game, the freedom in here, it’s insane, every possible option is there, (down to glowing hair mind you)….. by far most impressive customization suite I saw in a game..

As always, I like to leave the part I thought wasn’t up to par with everything else for last. Unfortunately as it’s been for the past years, commentary is, well… just not as good as you’d want it to be, and it’s not like it’s impossible, as a fan of the NBA2K series, the commentary in that game is, well.. as real as it gets, lending to the already super real game, in WWE2K19 it’s not there just yet.

Unfortunately feeling like a couple of guys reading of the script (sometimes missing the action completely, while it’s not all bad (commentary, when wrestlers are entering the match, is spot on!, just like on the TV shows) it’s just something you end up getting used to, instead of it elevating the action it feels like, yeah i heard that before, over and over although there are some point where you feel like there’s an effort to make it sounds true to form, it’s usually a hit and miss, more on the side of miss, but it’s not a game breaker, just something that’s there, good or bad, just there….

Deal or no deal?

Well it comes down to a simple question…

do you like wrestling? if yes, this game is an absolute must.

if you’re not a big fan, you’re probably not even reading this far, and the answer is a simple no.

Can’t wait to play this game!!!