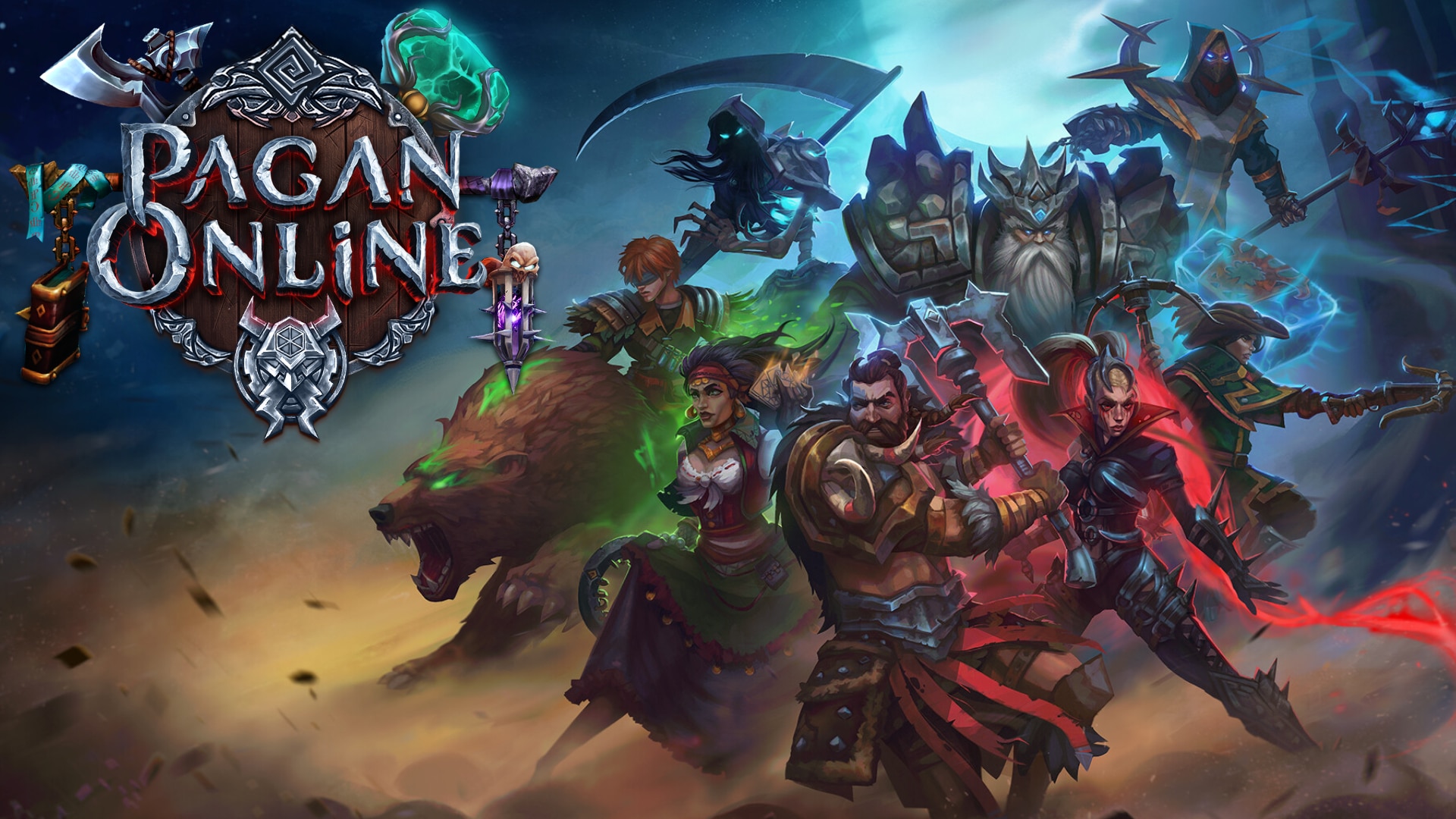 Pagan Online has just released on 27\08 and we played it for almost 40 hours, we hacked and we slashed and this game was more than we thought it will be. Pagan Online gives a new perspective on the top-down battlefield, this game can really take you on a big adventure and make you play it for hours without even notice.

Developed in co-operation between Mad Head Games and Wargaming, Pagan Online is a fast-paced hack-and-slash action RPG set in a fantasy universe that is inspired by Slavic myths. It is a premium game that offers a rich PvE experience.
If you like this kind of games, this game is totally for you, besides killing massive hoards of monsters with an AOE attack or grinding on the hardest level one of the missions, this game is beautiful, it has a unique texture and it feels different than any game I played in this field.

The graphics are great, the game feels solid and has almost no frame drops, the game is mainly dungeons and there is no free-roaming beside the Pantheon which is the place where you can craft, upgrade skills, take hunts, choose missions, stash your inventory and sell stuff.
The game has no trade option between player but it compensator it by give you A LOT of loot in every mission you do, it is pretty easy to get good loot and if you do enough assassination missions you will also get legendary weapons which you can craft to fable weapons later.

You can choose between 10 classes, with each class has his own special abilities and can change the face of the field into a crazy war zone.
my favorite character is definitely Lukian, his AOE attacks and damage are making him the best “Destroy Them All” character. Also, the game is fully voiced so you can hear them say some comments on every fight and mission which make the game feel more alive.
in the start is pretty hard to figure how everything work, the crafting is a bit annoying because you can’t upgrade a weapon you loot, you can only upgrade base weapons(sad face). But as I said earlier it is easy to get good gear in this game.
The max level is 30 but I believe they will upgrade it, you can reach 30 in a day of gameplay. After you finish the Slavic tale you can start to do expeditions and assassinations which grant you with loot and shards for your hero’s skins.

You can move between your hero’s as long as you want in the “Hero Forge”, change their skins, see emotes, skill tree and statistics.
If you want to open more hero’s you will need to unlock and complete assassinations which will grant you souls to open more hero’s.
Gold is important to buy HP potions and for some skins, also you will need 20K gold each time you will want to expand your stash to put more of loot in it.

Pagan Online also has some technical issues, co-op sometimes fails to work and sometimes you kicked out of the game for no reason. But it doesn’t always like that, I am sure that in the few next patches it will be fixed.
One of the things that can downgrade this game is that you can’t play co-op in the main story, I still don’t know why, but it is really irritating.

In conclusion, Pagan Online has a big potential to be one of the next RPG kings in the market. I still play it because even 40 hours is not enough to finish it completely and play all the classes.
Pagan Online is out and available on PC only right now, the price is $29.99 USD and it is worth it.
See you in the Pantheon.

Just bought it. this game is definitely the next Diablo game.

Looks great, I will definitely try when I have a chance.

This game looks really cool , I will definitely will give it a try