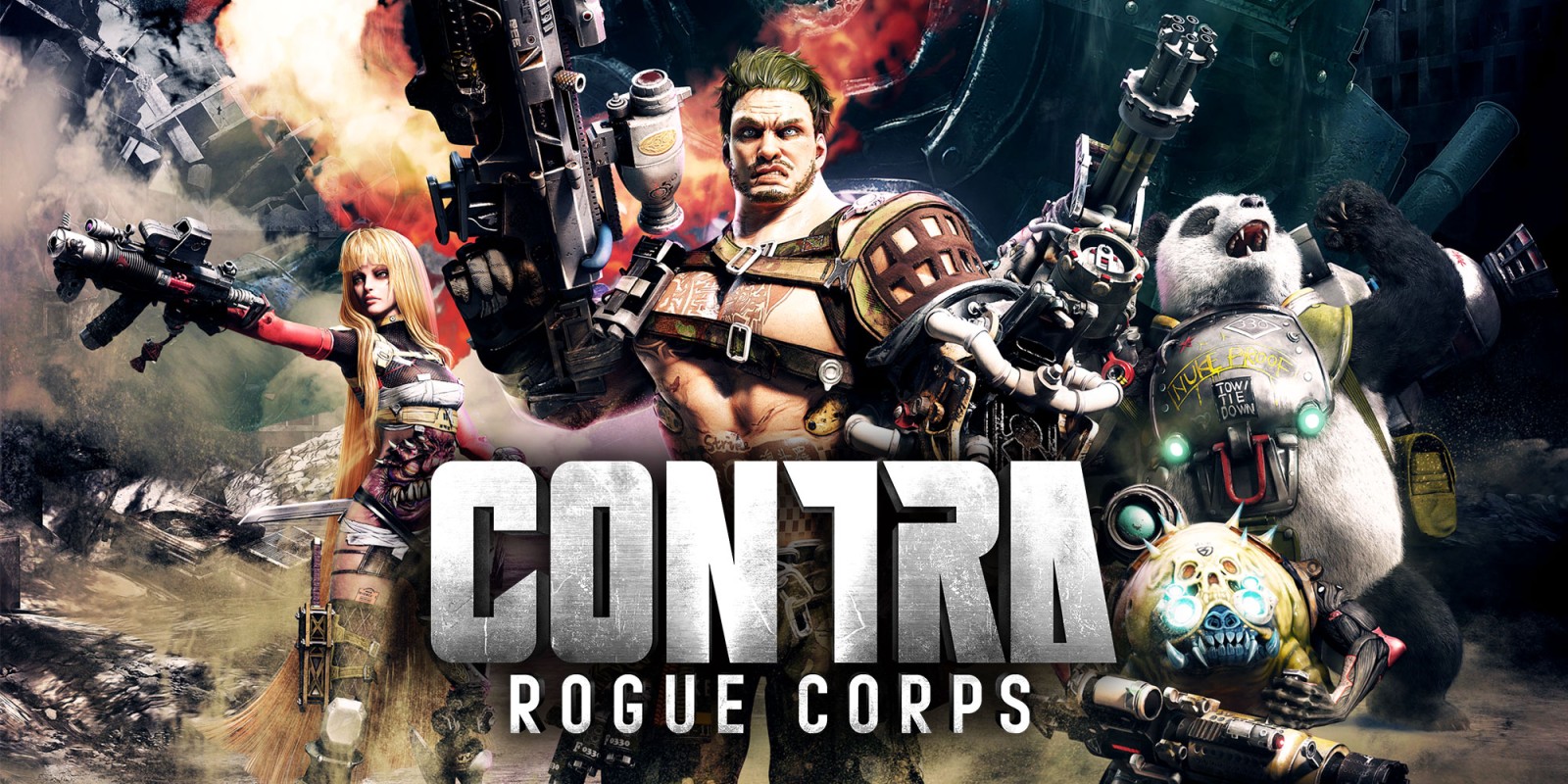 Contra is famous for its Retro style 2D gameplay, unique weapons, enemies and variety of Levels to play, is Contra Rouge Crops going to be the next worthy game to the series?

First, Contra Rouge Crops offer you to select 1 character between the 4 main characters available. Each character has a unique set of abilities that makes him a special tool in battles.
Kaiser (Head Case) – A war Veteran Commando reconstructed with Half cyborg body that changed according to the player will. He can change he’s hand into Drill to use a special attack to eliminate enemies.
Hungry Beast (Cuddle) – Cyborg Panda constructed with a human brain inside him, uses heavy weapons to rain destruction on his foes
MS. Harakiri (Killer) – Female assassin with Alien Growth inside of her, she stabs herself with katana right in her stomach to stop her alien infection. Once she releases her katana, she becomes an alien slayer machine.
The Gentleman (Cultured) – brain Bug used in the experimental program, uses alien tentacles attacks to hit multiple enemies and spiting acid.


Contra is up to 4 player Co-op game, packed with enemies to kill and maps objective to complete. In the demo version, I played a map which seemed very small, making confuse which plays who. Especially when you can pick the same character.
There is also PVP which sort of like soccer, your goal is to get Big alien Bug to enemy Gate. I didn’t get to experience the mode, but from what the developer said, you can kill the other team players and score points only by rolling the big alien bug by shooting it.
Graphics Looks quite nicer then the original one, the game featuring 3rd person perspective and the 3D world with a bizarre environment, that constantly change between Missions (levels) you select, city ruins to the toxic waste ground to giant aliens’ battles.

However, between battles the camera perspective can change according to the enemies you face, making it sometimes harder to see what happens with all the flashy gunshots.
overall the graphics don’t look half bad but might be Negotiable since it doesn’t “feel” like Retro Contra.
Gameplay simple as contra can be. Tons of enemies running toward you? Shot them! Can’t pass through a specific door? Blow the door! A big giant alien trying to kill you? use your special skill and blow him to where he came from! Every problem in contra can be answered by shooting everything.
like the developer said “if you can’t find the answer, just blow everything in the map! “

You can choose up to two weapons to go on missions, if you use single weapon too much, it will overheat and you need to wait a few secs before you can use it again. This is interesting mechanic since its forcing you to switch between weapons constantly and there is quite a lot of enemies in the map. Contra Rouge Corps offer a variety weapons customization to choose from and a lot of it. You can change how your weapon shot, type of shots and the weapon special skill. There is also Grade Rarity in the game which I didn’t get to explore very much but I believe are like this (Blue, Purple, Green, Yellow, which Yellow is the highest tier).

Overall the game looks great, even if you are Old Retro Contra fan or new player want to experience the contra series. I will suggest giving this game a go. I had the most fun experience playing this with co-op, so grab your friends and get ready to smash aliens in contra!
Contra: Rogue Corps will be released on September 24, 2019, and it will be available on the PS4\Nintendo Switch\Xboxone and the PC as well.

A bit old school but I should give it a try!