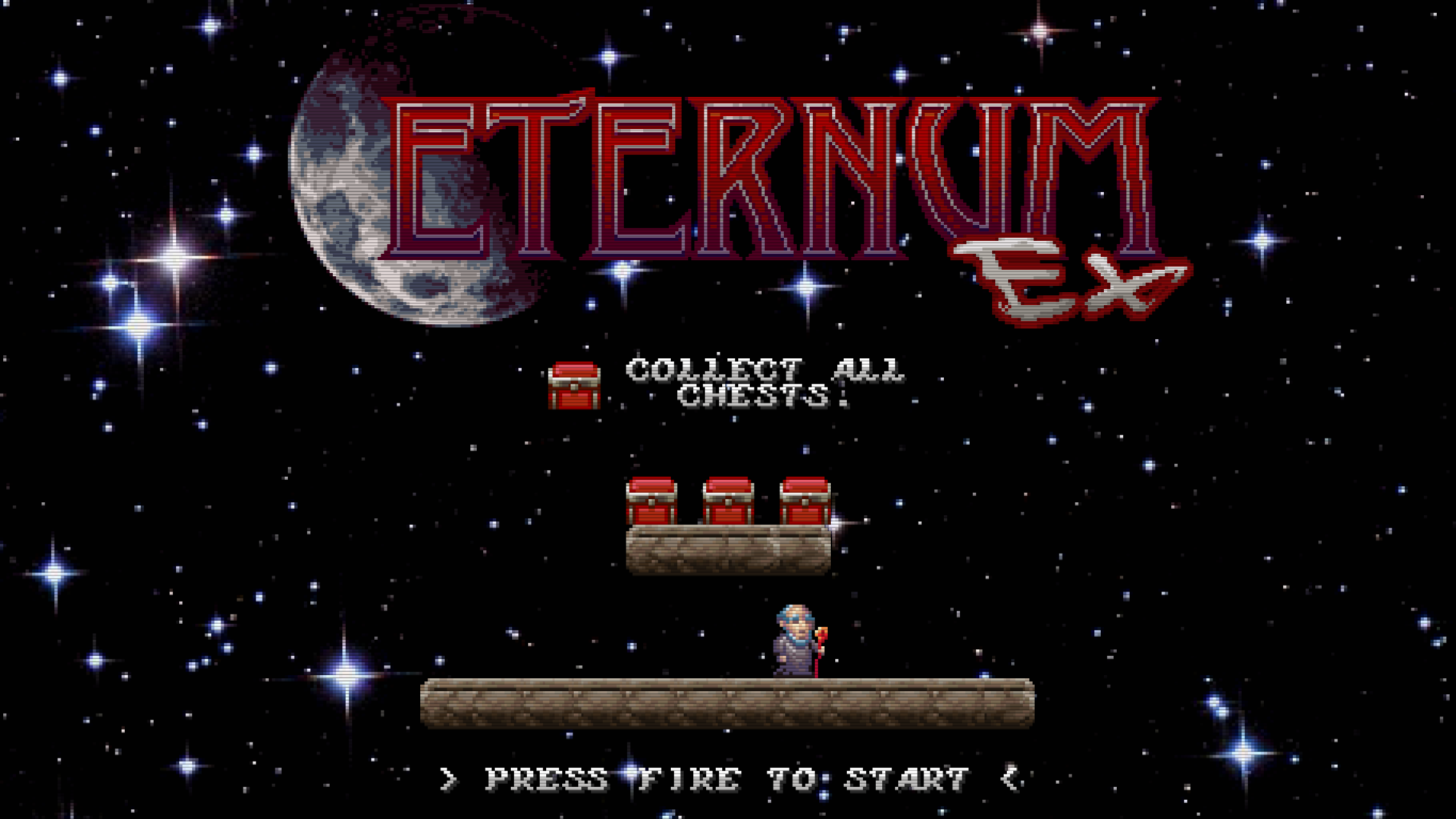 If you miss the days of 2D action titles that we had way back on the NES during the 90’s you are defiantly going to like Eternum Ex (currently on Beta). 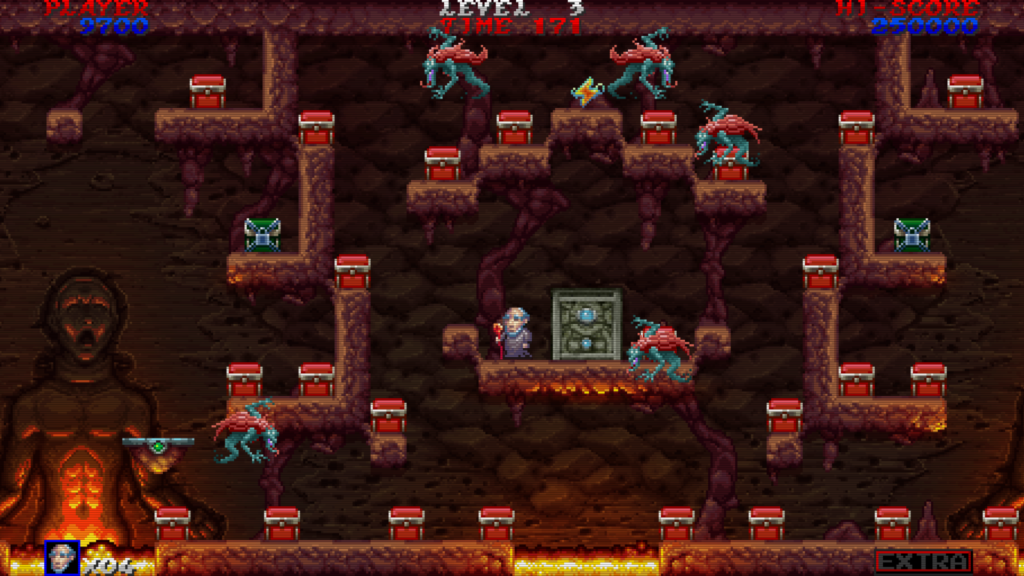 After spending my time with Eternum Ex today (available on Steam) I can say that I truly miss the days when 2D platformer games were flooding the market, as now most games are 3D and are defiantly not Pick up and Play, I have found Eternum Ex which is a game title that might finally fill that Nostalgic Crave.

In Eternum Ex you play as an Old Warrior / Wizard which goes through different worlds filled with unique monsters, your aim is to collect all the treasure chests while still having time left (Yeah! remember the days when games had time limits?)  some chests need to be opened by unlocking them when jumping on their platform from below, which adds a bit to the challenge.

The game is played as a 2D  platformer and the levels are basically scroll-able from left to right, the boss levels which you will face at the last level of every world scroll from bottom to top. 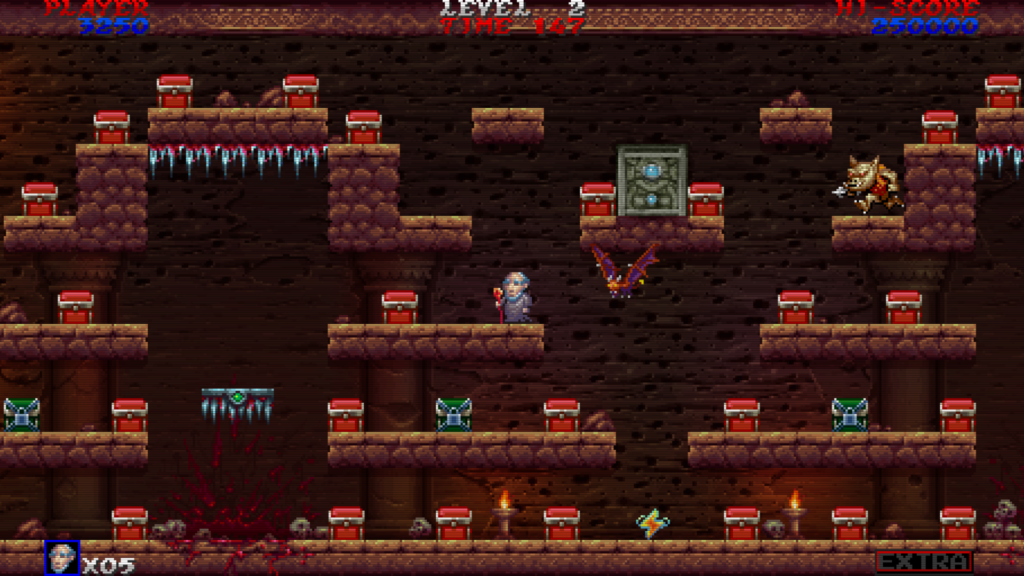 The graphics are great and have that retro filter built into them, you can’t really disable that though.I did feel like that I died the most when falling on monsters and that was my main challenge in this game as you can easily fall out of a platform onto an enemy’s head and die, controls also seem a bit stiff and I hope this will get better as game development continues.

Eternum Ex has two game modes in one of them you will have infinite credits but your progress will not be saved (Arcade Mode) and in the other (Home Mode) Your progress after completing a world will be saved but you only get 3 credits on each game-play. 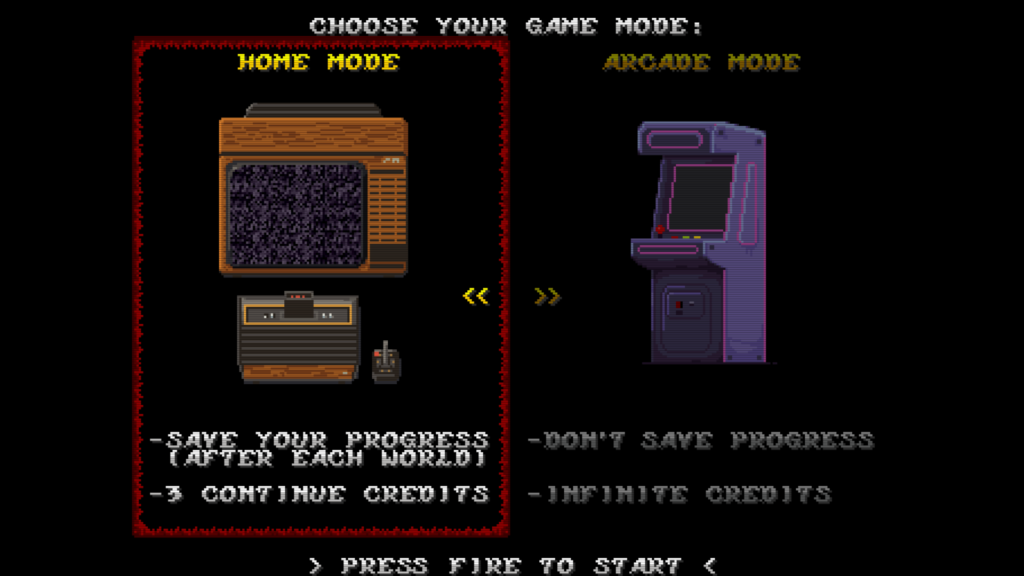 The game’s music is also great and doesn’t feel repetitive like many other New-Retro games, I found that each level had it’s own music.

Overall Eternum Ex is a great little 2D platformer now avilable on Steam, defiantly check it out for some Nostalgic Action.