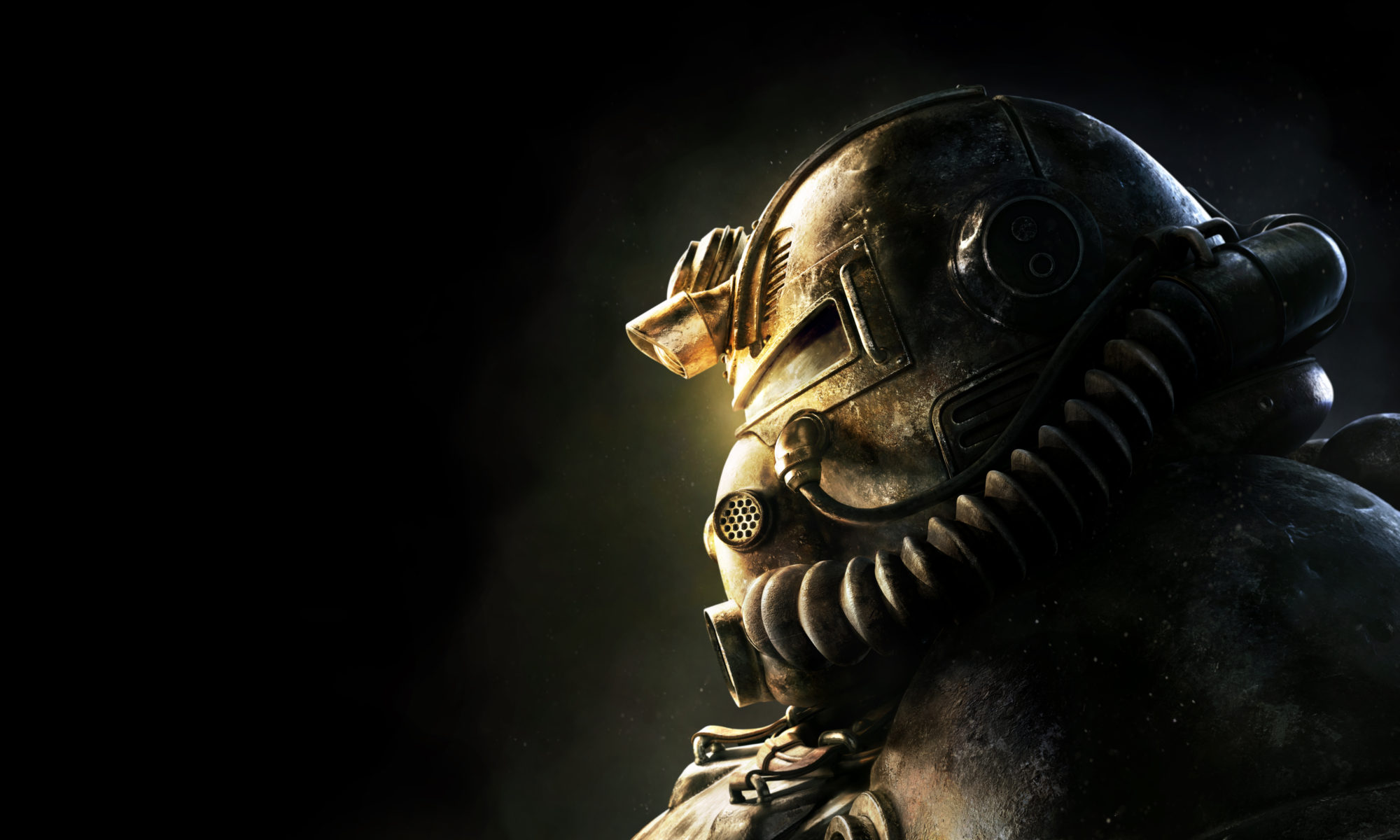 After the success of the Fallout series, Bethesda decided to go for a different kind of a Fallout game and made Fallout 76, which, besides the drastic numeral gap, is now an online game.

Now I have to point out that I have never played any of the previous Fallout games, so take that in mind if it feels like I don’t know what a Fallout game is, it is because I really don’t.

Now that we got that out of the way, let’s start talking about the game. 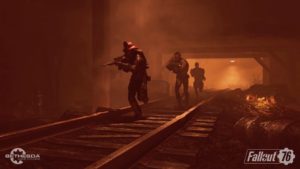 The year is 2102, it has been 25  years after bombs fell and you embark on an epic quest for….. something?…
I’ve tried for at least 15 hours, to understand what the hell is the game about, and I am ashamed to say that I have no clue.
The main quests don’t do much of explaining, they feel like random “go there, do that” missions that, somehow at the end of the mission, relate to something completely different.
Also, the world feels really dead as there aren’t many NPC’s who aren’t robots.

Gameplay wise, the game is pretty buggy. From objects with no texture that are just completely black to weird spawn points when fast travelling.
There were also really annoying high-level enemies for no good reason in some locations. One example is when I was heading toward a radio station(I think?) for one of the main missions when I was around level 14 where I met a level 67 diseased Radscorpion. My guess is that another high-level player was there prior to me, which made this monster spawn, but 2 hours later, the same story, but this time with a level 54 legendary Radscorpion.
I also encountered a bug where when I fast travel to my camp, I would spawn inside a mountain that was near my camp, which was really hard to get out of. 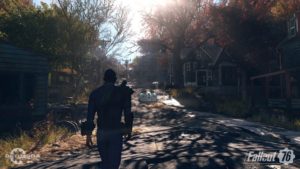 Fallout 76 is not trying to have the most realistic or pretty graphics, but it did feel lazy at some points. Excluding the fact that some textures were totally bugged and were plain black, I understand that a post-apocalyptic game should look post-apocalyptic, it just felt too colourless and depressing. One positive thing though was the light effects at some points, which shined beautifully over and through the trees and buildings.

The gunplay is honestly one of the worst, but weirdly satisfying, I have ever encountered. The weapons break super fast, ammo is pretty hard to come by if you like to shoot a lot and the hitbox on many enemies is just way off… I found myself shooting way too much before I gave up and switched to melee to finish enemies off. 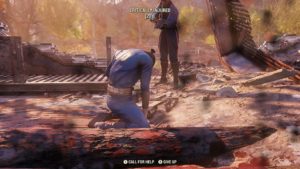 The soundtrack is one of the strongest points of Fallout 76. Composed by Inon Zur, who is known for composing music for many games and movies. Inon Zur sure knows what to do, and how to build the perfect tune for each move you make.

Summing up, Fallout 76 is not one of the best games out there. while it can be a lot of fun at some points, especially with friends, there are just too many things that prevent the whole fun factor.
For a full price of 60$, I really can’t recommend it.
But if you find a good bargain for it, and have some friends to play with, I’d go for it.