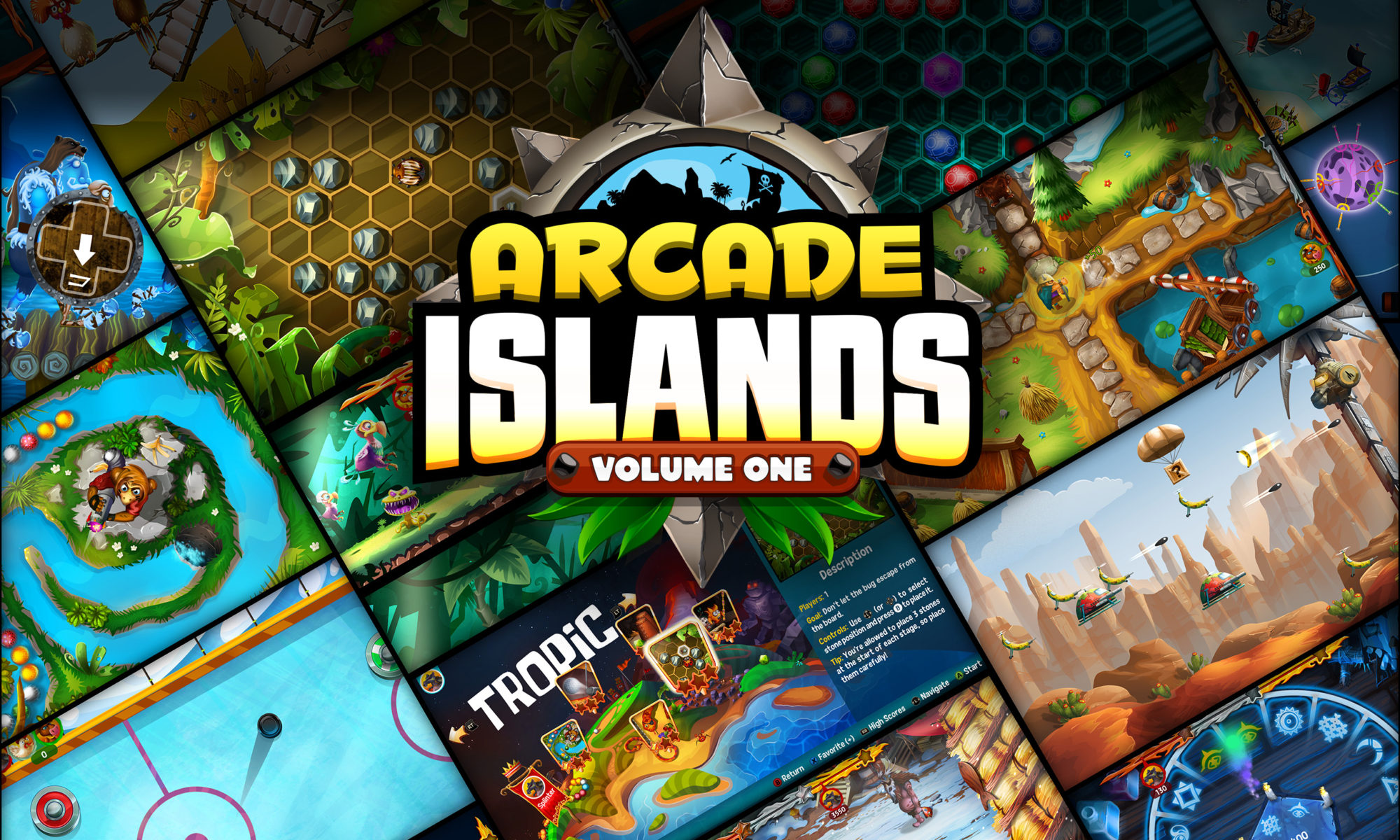 33 Pick up and play games in one package with couch co-op, welcome to Arcade Islands! So how good are the games?

Arcade Islands is basically a bunch of islands with arcade games as the name suggests. You start in one island, play around 5 games and collect stars which then award you with treasures – you can collect up to 3 stars on any specific game, your score progress always displayed on your screen while you play.

So what does Pick Up and Play means and why I actually think we need more games like Arcade Islands: Volume One? Today, Much of the games are very story intensive or require hours for you to invest before you actually start to fully enjoy the game play and I’m writing this while the last game I played had a 4 hour Tutorial! 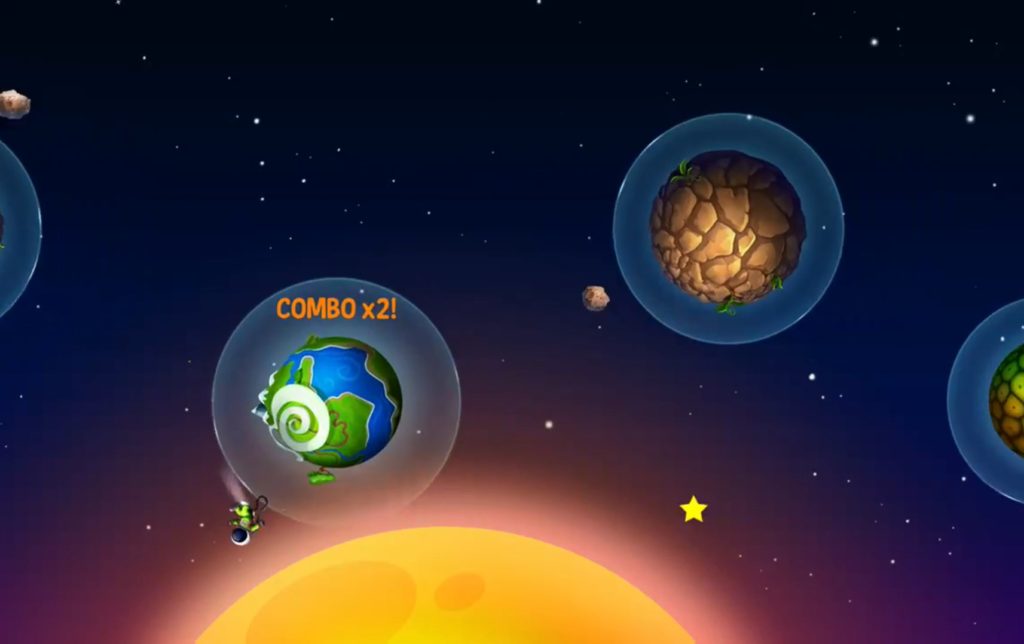 Arcade Islands: Volume One gets you right into the action, there is no story and there are no long tutorials (You do get a help page on each selection on the island screen that will tell you everything that you need to know about each game). When you start playing any of the 33 games you will learn that there is a progress system which unlocks other islands as you get better as the games, that’s a good thing because you will want to explore more games eventually!

There is also a high score system in Arcade Islands: Volume One so you’ll be able to compete with other players if you think you are exceptionally good at a specific game.

Every Island has it’s own theme so for example in Atlantis Island you will see that most games revolve around controlling sea creatures, once you play all of the games on a specific island you will become the new ruler of that island this however does not open the next island – To do that you will have to collect the required amount of stars listed on that island page. 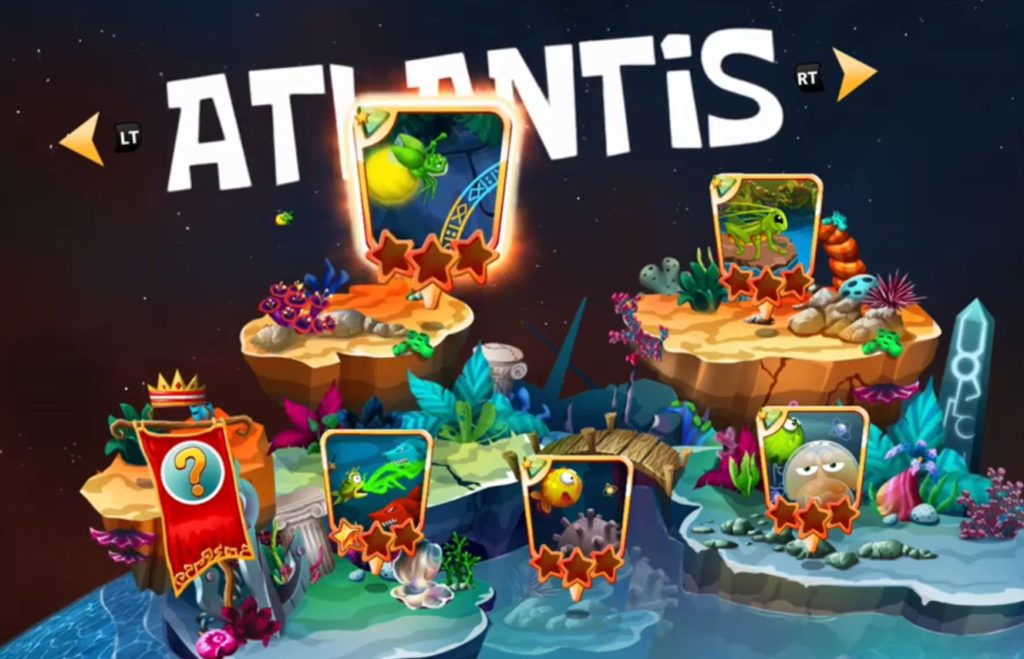 The games in Arcade Islands: Volume One get harder as you gain more points in each one of them, if you do reach the top which awards you 3 stars, you can actually continue playing and get more points increasing your high score and maybe trying to get to the game’s Top 10 scoreboard.

Although not revolutionary, I really liked the graphics and sound in Arcade Islands, every game has it’s own unique main character, enemies, objects, and game’s music which is not too dominant and really helps your focus on the actual game play while keeping you on the edge of your feet as you are racing towards a high score that gives you the 3 Star award so you can then unlock the next island.

The two games I liked the most are Deep Cosmic Trip in the Cosmic Island which basically puts you as an astronaut suit jumping from planet to planet and on the first island you’ll find Power of Color which lets you control a firefly that can change colors and run through obstacles while collecting points and power-ups. 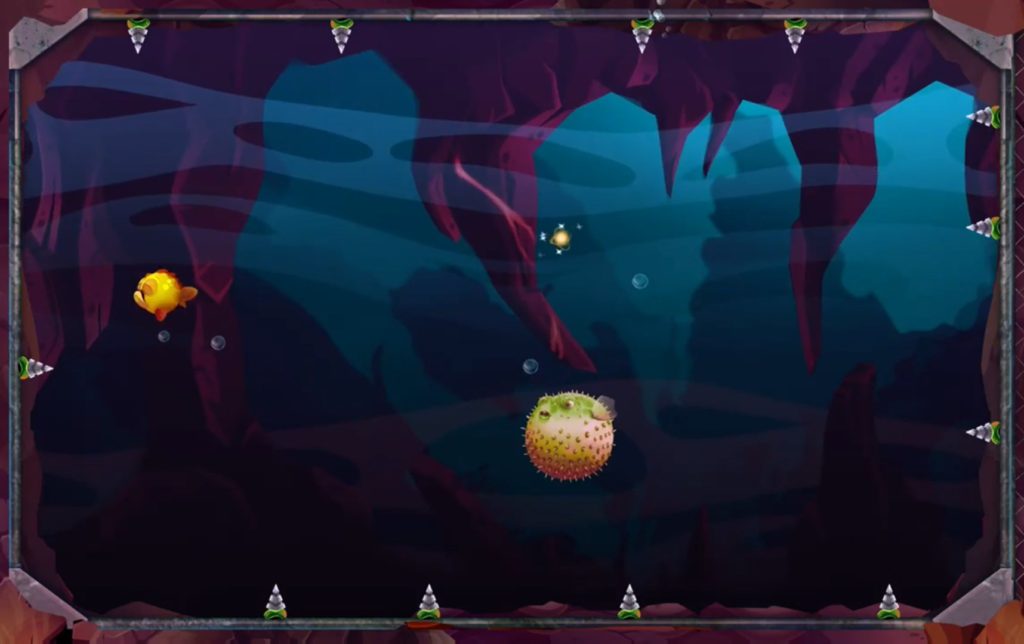 Overall Arcade Islands: Volume One is a unique game that I especially recommend for those of us who need a casual pick up and play experience. Arcade Islands: Volume One is a fresh and much needed entry in the gaming world as so many games are mostly violent these days and you might just be looking a child friendly game which you can play the younger ones and still retain a difficultly level for those of us who are still hardcore gamers.

Game Score: DEAL.
If you like Pick up and Play games, you must give Arcade Islands: Volume One a try.

Arcade Islands: Volume One is available on Playstation 4 and XBOX One consoles for 19.99$ US.