Kingdom Hearts 3 is finally here after years in the making! Is the waiting paid off for the fans? Are Sora and his friends can put a stop to Master Xehanort’s evil plan?

Kingdom Hearts is a love letter to all Disney and Final Fantasy characters fans.  It’s a story about good vs evil, light vs darkness, but with magical worlds of Disney’s movies such as Hercules, The Nightmare Before Christmas, Pirates of The Caribbean and many more. The main protagonist, Sora, and his friends keep fighting against the Heartless and Nobodies in order to save those worlds from the darkness.

In Kingdom Hearts 3, the setting is right after the ending of Dream Drop Distance and 0.2 A Fragmentary Passage. Sora who lost his powers during the events of Dream Drop Distance must find a way to regain his powers again in order to have a chance of fighting against Master Xehanort and Organization XIII. The story involves the plots from all previous games, and give us a satisfying closure for the current saga.

Like in the previous games, Sora and his friends travel throughout new and old Disney worlds. The worlds are much bigger and livelier with NPCs that can talk to you and interact with the surrounding area. The worlds of Toy Story, Monsters Inc. and Big Hero 6 have a new plot that continuing after the movies ended, and those are the worlds that I enjoyed the most. Some of the Disney characters look exactly from the movies, especially Woody and Buzz.

Kingdom Hearts 3 has great gameplay mechanics for new and old players alike. Firstly, you can switch between 3 keyblades during the combat with the D-pad. This came really handy during some boss fights. The combat system is fast and dynamic. You can only hit the enemies with your keyblade or take advantage of the spells Sora will learn during the adventure, summons of other Disney characters like Simba from The Lion King or Stitch.  After a certain amount of hits, you can activate stronger spells, combo attacks with other characters, change your keyblade form, or even Disney attractions such as the pirate ship, carousel, etc. in order to do more damage. The flowmotion system returns from Dream Drop Distance, but it’s less exploitable and powerful. In other words, the combat system works great, even almost too powerful for its own right.

Each world has its own minigames to complete. During your travels, you can pick up ingredients in order to play short and fun cooking minigames with Remy from Ratatouille. Each world has a flan heartless that gives you a different minigame like jumping on heartless without touching the ground. The heartless minigames are short and not adding a lot of fun. Some worlds have other minigames like in the Toy Story world when Sora enters inside a mech video game and the goal is to shoot or punch other robots.

Kingdom Hearts 3 has some problems that need to take into account. If you didn’t play the previous games (yes, even Union Cross for the iPhone and Android devices), or played some of them you won’t understand some major plot lines. Like mentioned earlier, the game is a bit too easy because of the combat system. I did die a couple of times, but overall the game wasn’t challenging on the highest difficulty. The minigames are short and once you are done with them there isn’t much else to do in the game except for trying to complete it 100%. 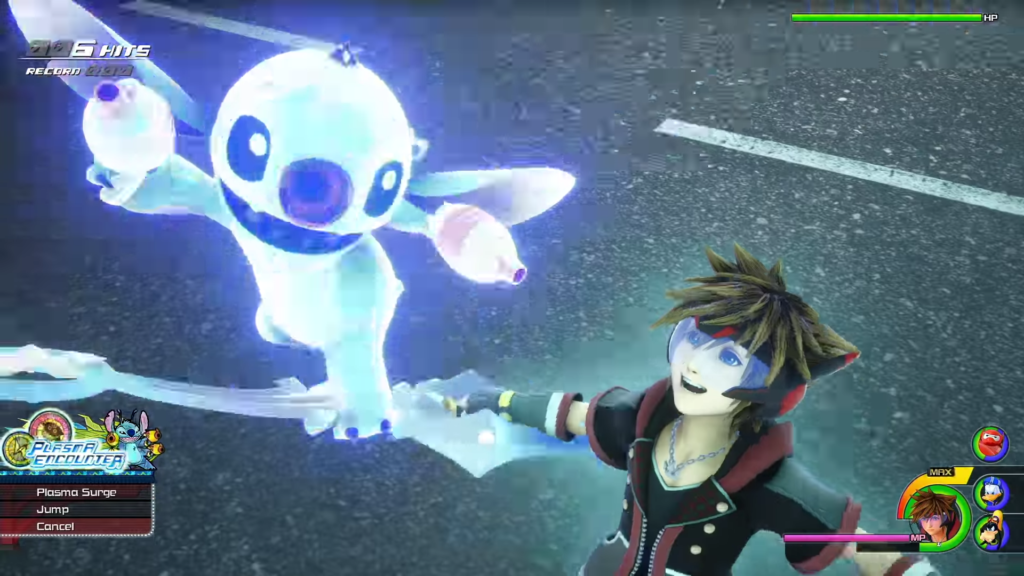 In conclusion, the 13 years gap between Kingdom Hearts 2 to 3 was worth it in my opinion. The story is a bit messed up and I’m not recommending new players to start playing from KH3.  If you have PS4 you can buy Kingdom Hearts The Story So Far in order to play entire series before KH3. I liked every aspect of the game, although the easy difficulty and some of the issues I addressed above. The game is definitely a DEAL if you’re a fan of the series and played all of them.