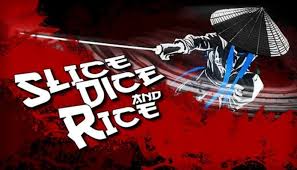 Who needs health bars anyway? at least not in Slice Dice & Rice, an indie fighting game Inspired by Bushido Blade, in this game one single clean hit will end the fight – just as if you are probably fighting someone in real life. no hit points, a scratch impairs your movement and a wound will be your defeat.

Slice Dice & Rice mimics real samurai showdowns, every hit is fatal – there is no second chance, instead of memorizing move-lists all you have to do is get a single perfect shot to defeat your enemy. The game still retains some complexity as moves can still be canceled to defend an attack, You can also parry or dodge attacks, attacks can also clash between fighters. 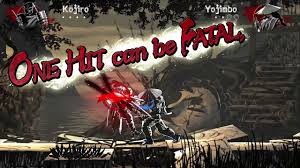 Characters and Stages
Slice Dice & Rice lets you play one of 8 characters, each character has a unique story and fighting style, offering multiple variations of game-play. when though I did feel like the game was a bit too simplistic it did retain enough challenge, and I had fun going through it. 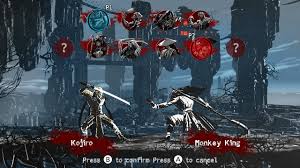 Slice Dice & Rice are all about timing, with correct timing you will get that critical dodge or hit your enemy, the more skilled you are the more rounds you will win, while playing I still felt the tension like in other fighting games but I was way more cautious as no mistakes can be made on Slice Dice & Rice.

Even though Slice Dice & Rice is more difficult to master than other fighting games I have played, its easy to pick up and play. the game is fast-paced, and is great for short bursts especially when you need that quick game to clear your mind when taking a break from work.

Slice Dice & Rice is available on Nintendo Switch, PC and Playstation 4  for 9.99$.