Simulators are the kind of games where in my experience you either succeed spectacularly or fail miserably and there a lot of reasons for both them starting with what is being tried to simulate all the way to the experience itself. Surgeon Simulator for the Nintendo Switch is that third type of game, it’s that casual game you play with your friends to get some laughs and now it’s on the Nintendo Switch, so you will be able to do it anywhere you friends are. 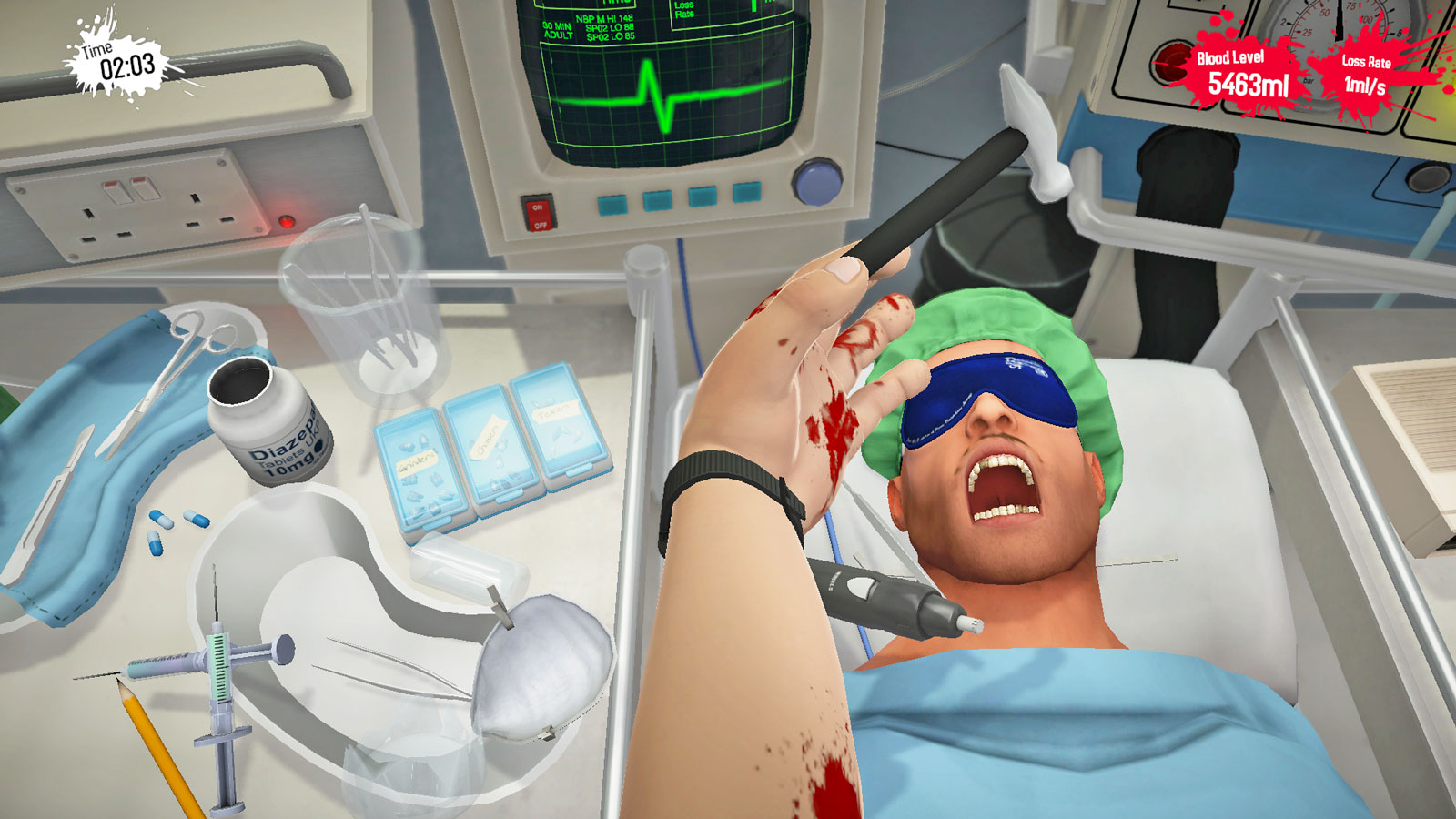 So, how does it play?

Although the quality of controls differ from joy cons to the pro controller it’s still as challenging as any Surgeon Simulator game on the other consoles, the movement of the hand is something that you will need to control in a super percise manner and this includes the grip mechanic so in the end the range of the player moves goes for total chaos as he just keeps on knocking stuff over from the tray to the floor or plain perform stupid things like flippin’ the patient (which award the player with an achievement!) which is kinda sad but still extremely funny especially when someone else looks at your screen. Other than that the game looks really good and the audio does make an effort to get you into the mood.

Well, built for the Nintendo Switch you can now give one of the Joy-Con’s to your friend and He or She will be able to play one of the Surgeon’s hands with you, so basically you don’t have to bring another controller like you will have to do to get a second player in the other console’s versions.

Surgeon Simulator CPR lets you play through five operations which you can perform again but in different places, Even an actual moving ambulance which has it’s back doors flying open and like always your equipment flies all over the place. This for example makes some operations nearly impossible to complete.

I’m glad Bossa Studios, the developers of Surgeon Simulator brought it to the Nintendo Switch, as this console is portable I can now laugh and play this unique game perspective on a doctor’s life with my friends, everywhere.