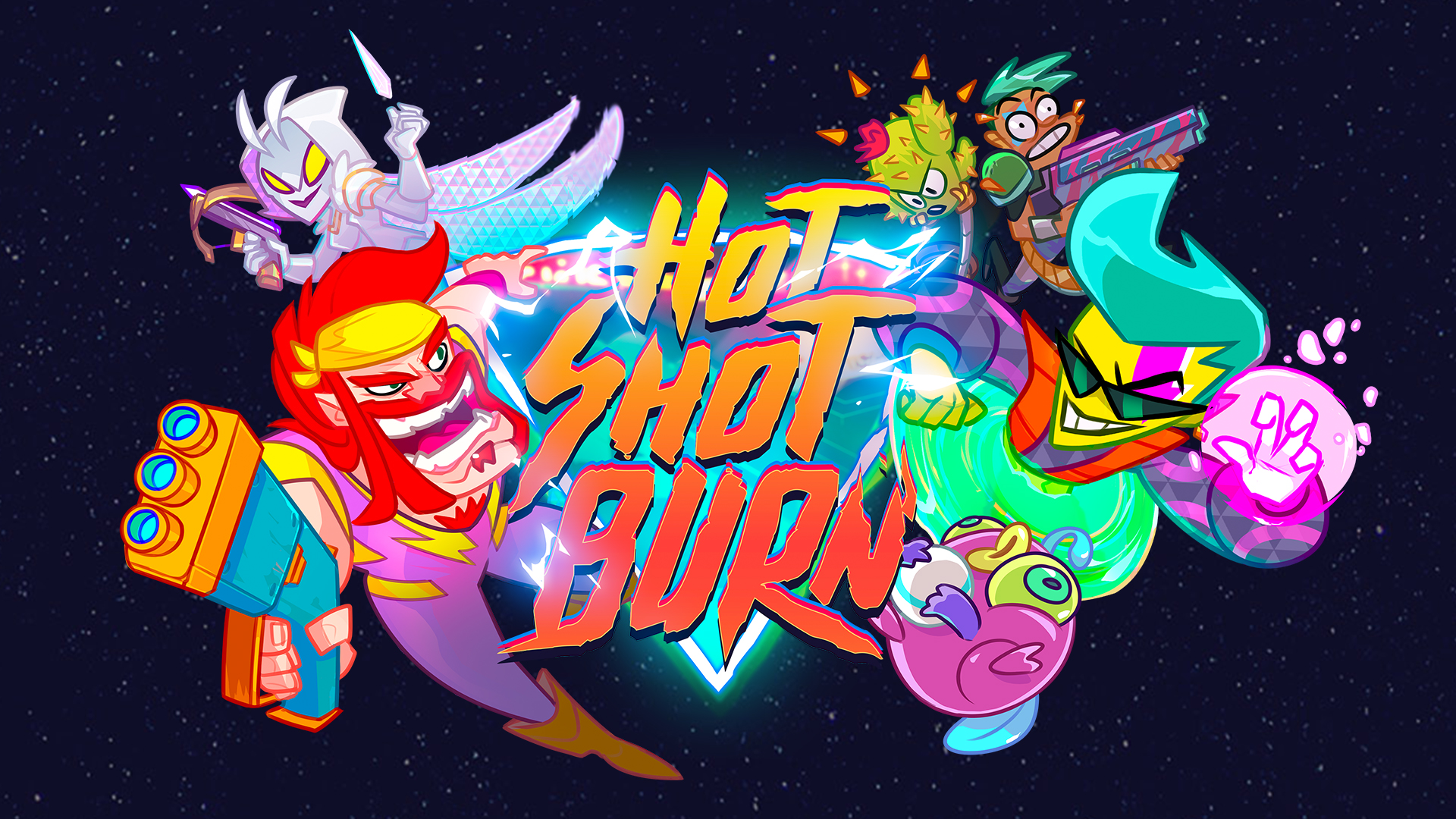 Hot Shot Burn was one of the best surprises of Gamescom 2019, here’s why you should not miss this game.

Hot Shot Burn (HSB from now) is a funny competitive 4 player game top-down shooter. Your main objective is to kill the other players and be the last man standing. You have one hit penalty so if another player hits you you are out until the next match. At the end of each match, you gain points according to the number of kills, style and more. After the player gains 50 points you play a sudden death battle, if the player with the 50 points wins the match he wins the game. HSB doesn’t use split-screen, instead, you see the whole map with every character on it at all times.

Each character has a unique weapon, ability, and special move. For instance, one of the characters has the ability to be invisible for a short time and can charge her weapon for shooting a sniper bullet that can pass through obstacles such as walls. Each map has a unique effect or stage hazard, one of the funniest ones is a herd of boars running over the map at certain times. If you get hit by the boars you die, of laughing.

HSB is a great addition to the world of party games that do it right. We had a chance to play with one of the creators of the game in Gamescom 2019, and that was a really cool experience. The HSB team also announced they will update the characters and maps overtime after the official release (for free!) and confirmed the game will support cross-platform gameplay.

Hot Shot Burn is currently on early access on Steam and planned to be released for Xbox One, Playstation 4 and Nintendo Switch later.