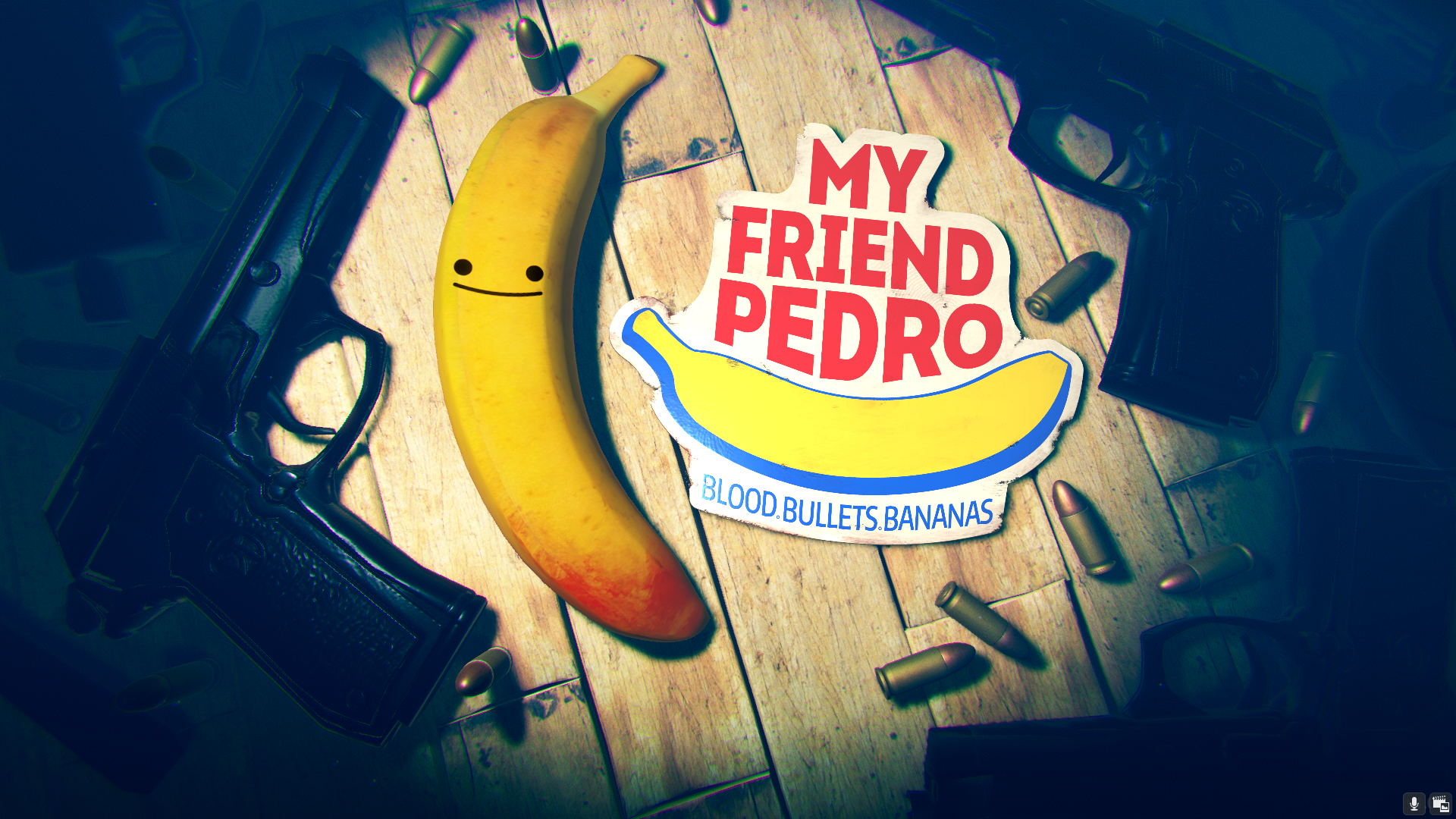 What do we get by having a dude, guns and a banana? A 2D shooter that tranceds time and space, and will blow your mind, literally.

My Friend Pedro is a 2D shooter that will let you feel like Max Pain or Neo from the Matrix with a new perspective. The story begin when you, the masked hero wakes up in a locked basement and sees a floating, talking banana named Pedro. With the help and the advice of Pedro, he decides to escape and take a gun in order to stay alive.

The game consists of 40 levels, each level is about 10 minutes long and some boss levels. In each level, Pedro Provide you with information about the place, the objective, and some advice in order to survive. At the end of each level, you get a score depending on your killing style, how fast you finish the level and how many times you die. The scores are published worldwide and should motivate the players to get better and better. Pedro shows up at the top corner of the right screen if you do an incredible or a crazy stunt.

Bullet Time is your main weapon alongside a variety of guns, shotgun, assault rifle and more. Split-fire lets you aim your guns or uzis at two targets simultaneously, which can help when fighting more than one enemy. You decide how to approach the enemy, whether by a slow-motion attack, by stealth or by kicking things lying around. you can kick a basketball or body parts to kill the enemies, you can shoot a gas container and blow everything around, but one of the best kills in the game is throwing a pan and shooting it, which causes a ricochet fire.

The level designs are sometimes linear, and other levels are crazy. Some levels are happening inside the world of Pedro and you need to get rid of all the negative emotions of haters. In other levels, you are exploring the sewers, killing gamers who were influenced by years of playing violent video games.
In later levels the game replacing some of the action with platforming and avoiding traps. Some of these sections are fast-paced, some require timing. I found myself on a certain point struggling with the keyboard, trying to press the activate button, jump button and mouse at the same time. These moments were scarce, and playing with a keyboard felt no different than playing with a controller (except for the vibration).

In conclusion, My Friend Pedro is a violent and funny game. With a silly story that doesn’t take it seriously, a floating banana as a friend and one of the stupidest endings I saw in a video game, I can recommend it to anyone who loves Max Pain, The Matrix or a silly shooter with a lot of blood.

My Friend Pedro is available on PC and Nintendo Switch for 19.99$.