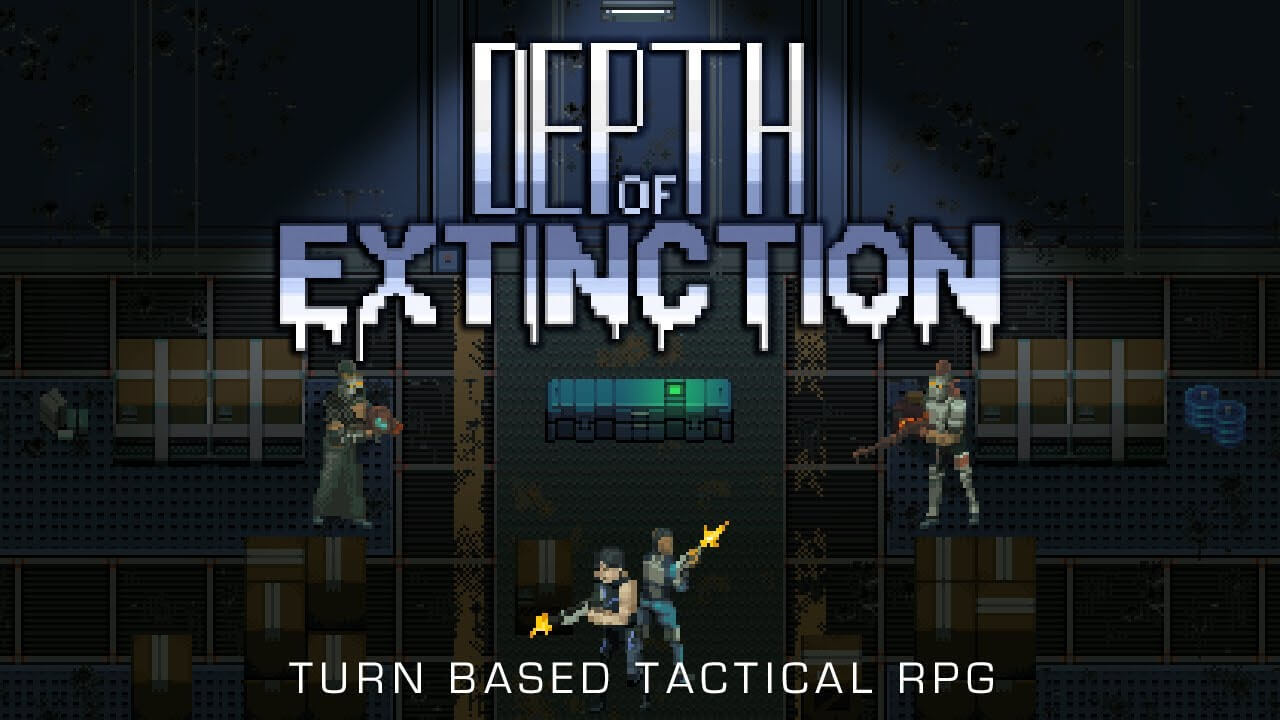 The oceans have reclaimed the Earth and you are the sole defender of humanity’s last remaining government. Besieged on all sides by an overwhelming enemy, you must build the ultimate squad and lead them to victory. Level up your soldiers and equip them with the best gear — but be sure to keep them safe because death is permanent!

And that’s basically it story wise. Depth of Extinction kind of lacks in depth of a story. Not that it matters so much, but I wish that as I progressed, I would have gotten some more.
DoE is a tactical RPG that plays pretty much like XCOM, but with more pixels and frustration. Now I’m not saying I hated the game but playing it felt like it was a given task from mom. I like pixelated games, but the visuals did not attract me in any way for this case. 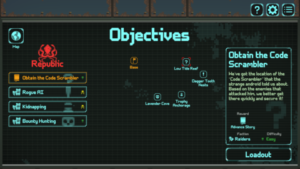 After you boot up the game and start a new save, the game tells you the general story and gives you your first task. To start your operation you will need a sub (because of the flood apocalypse) and a few soldiers/mercenaries. You get two free soldiers but the rest are on a budget you get for each operation. The more you play, the more money you get/have, the better subs/soldiers you can hire. 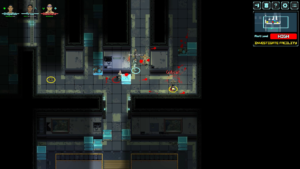 The map is not too complex. After you start the operation, you choose which nodes to travel to, some nodes are shops for you to buy equipment and the rest are all kinds of seemingly abandoned places you can raid but expect resistance. Some are actually abandoned so you can just get free loot. Do keep in mind that each sub needs fuel and moving from node to node depletes your fuel. If you run out, you will fail the mission. 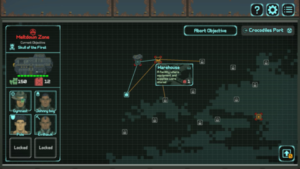 Now let’s get back to the part that frustrates me the most, the level design.
I’m not saying it is terrible, but in a lot of cases, you get left in the open with little to no cover whenever you go through a new room. Considering it’s a tactical turn-based game, it really hurts the experience.

Final verdict- Depth of Extinction is a game with a lot of potential and replay value. The more you progress, the more fun you have, the bigger the heartbreak when your favourite soldier dies. But in the end, for 20 dollars, I have to decide whether it’s worth it or not. And for me, it just doesn’t make the cut.

Depth of Extinction is available early access for 20$ on Steam, GOG, itch.io and the Humble Store for Windows, Mac and Linux.