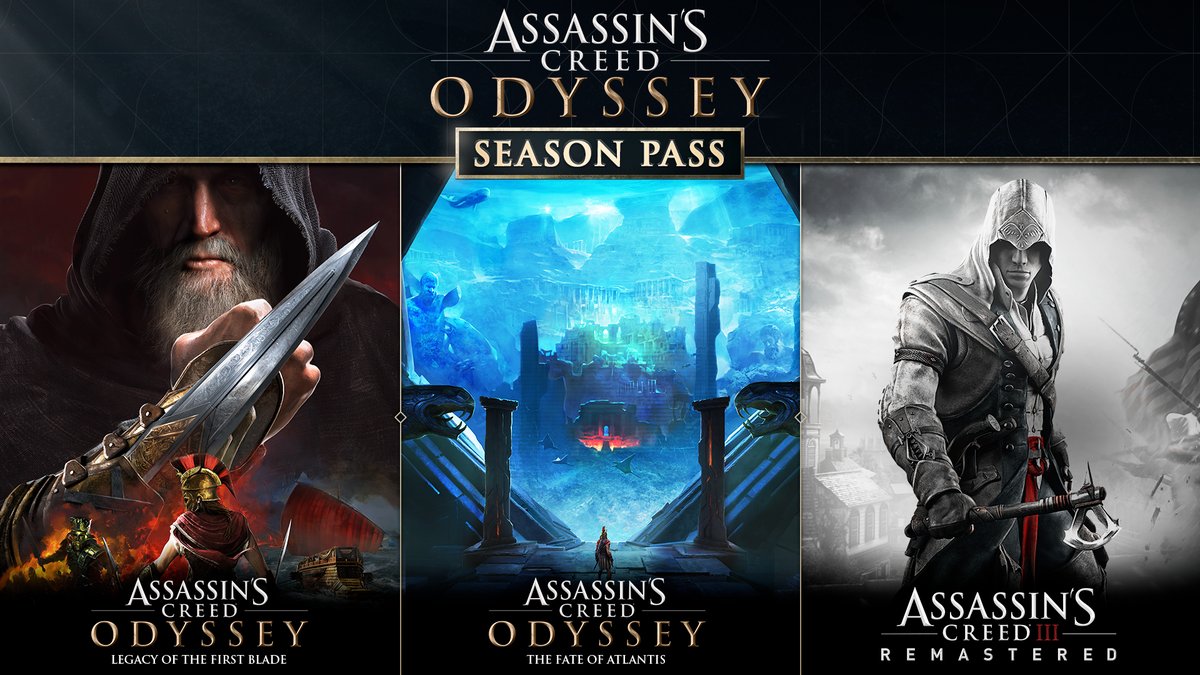 Assassin’s Creed Odyssey’ Season Pass has just been officially detailed by publisher Ubisoft and it’s definitely one of the biggest ones yet, with one of the highlights being the inclusion of Assassin’s Creed 3 remastered to current-gen consoles and PC.

The Assassin’s Creed Odyssey’s Season Pass and post-launch content will include a new episodic form of DLCs with each of the two DLCs consisting of three episodes.

The first DLC, Legacy of the First Blade will show the origin of the iconic Assassin’s Creed weapon – the hidden blade and will explore the Assassins emphasis on being stealthy and stay out of sight. The first episode of Legacy of the First Blade will be released in December 2018 with new episodes coming approximately every six weeks apart from another.

In addition to the Season Pass, all players will get post-launch free content. Starting off the list of free content is The Lost Tales of Greece, “3 quests featuring familiar faces and new characters from the world of Assassin’s Creed Odyssey”. There will also be weekly in-game events for players to earn new gears and experience challenges alongside daily and weekly in-game contracts. Assassin’s Creed Odyssey will also feature more post-launch content which is yet to be announced including a New Game Plus mode.

Assassin’s Creed Odyssey is set to launch on October 5th for PS4, Xbox One and PC.